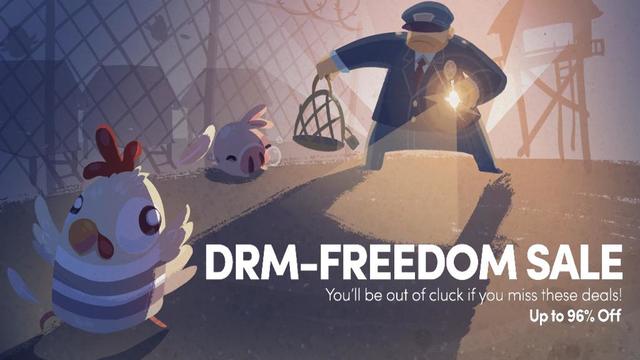 Here’s yet another sale to go with the 2019 Steam Summer Sale and the GOG Canada Day and Fourth of July sale. The Humble Store has just announced the DRM-Freedom Sale with a great selection of mostly small indie and mid-tier titles. A few classics are in the mix as well, so there’s something to suit every taste. Here are some of our recommended titles to pick up.

Day of the Tentacle Remastered (-85%) is a classic LucasArts adventure from the mid-1990s and the sequel to the late-1980s’ Maniac Mansion. It’s as wacky as adventure games can get, with three playable characters scattered across different timelines. It’s full of hilarious moon logic puzzles, like freezing a hamster so that a character in the future can unfreeze it and use it to run a machine. And you can actually play Maniac Mansion inside Day of the Tentacle on an in-game computer, which is as meta as it can get. Highly recommended.

System Shock Pack (-75%) gives you both System Shock: Enhanced Edition and System Shock 2 in a neat bundle. This is the main influence on BioShock, as the name may make obvious. The original System Shock was more of an action-adventure with a lot of immersive sim elements. It plays more like a cyberpunk Ultima Underworld, which is pretty cool if you’re into classic Looking Glass Studios games. System Shock 2 is much more flexible as an action-RPG with more character customization. These games look a little rough, but they’re essential PC gaming classics.

DRM-Freedom, but not as in free beer

A few other titles we recommend include the dungeon crawling revival adventure Legend of Grimrock (-60%) and its sequel, Legend of Grimrock II (-60%). There’s also the strategy roguelike FTL: Faster Than Light (-75%) and turn-based strategy-RPG Into the Breach (-50%) from the same developer. Survival RPG NEO Scavenger (-75%) is also an overlooked gem. And there are dozens of other games to choose from on the Humble Store DRM-Freedom Sale, so check it out and see if there’s anything you like.

Are you enjoying all the sales right now? Picked up any great deals so far? Drop your comments and let us know!