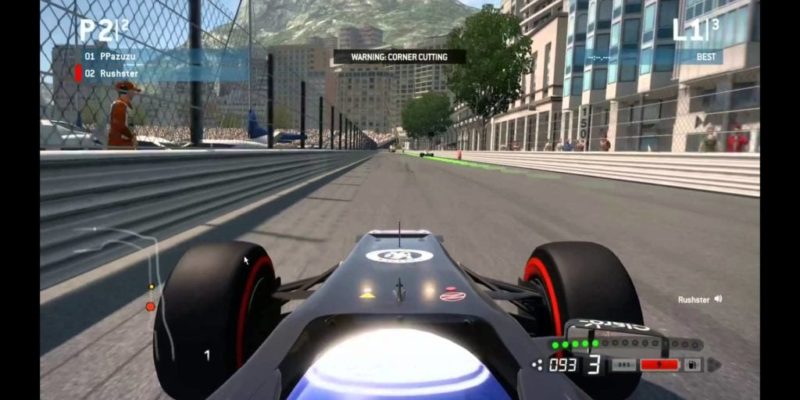 This can’t be us, because they’re both on the track.

While Peter polishes up his review for this week, he and I decided to do some laps in the F1 2013 multiplayer. After farting around off-camera with all the driving assists switched off, we decided to turn most of them back on again. It was the only way a race was ever going to be completed.

Peter’s been playing the game for quite some time, while I on the other hand have only completed a few laps. He may also spread some vicious rumours claimed that I cheated, but there was actually a technical malfunction in the car. It was this that caused all the ramming. Unfortunately the race stewards didn’t see it that way and … took some action. In short, I was robbed of the IncGamers F1 2013 title.

Want to see how the multiplayer works? Want to watch some terrible driving? Hit the play button now…

Devil in the details: Unholy Heights hits Steam on Friday