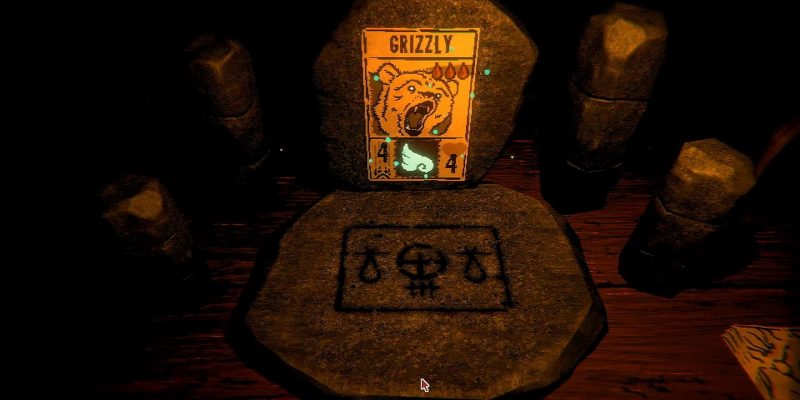 Have you ever wanted to have your very own Shadow Game straight out of Yu-Gi-Oh!? I don’t mean those ones from the dub either. I’m talking the ones where if you lose a children’s card game you just straight up die. No? Just me? Well the creators of Pony Island and The Hex must be with me based on the Inscryption trailer from the Devolver Digital showcase today. Which is a unique combination of card game and horror as some truly weird stuff goes on around the normal card game stuff.

As someone who enjoys both collectible card games and horror, this feels like such a perfect combination. Also something that I can’t believe nobody tried before now. We can also see in the trailer some different elements mixed in. One section looks like a found footage film, as well as some third-person sections with free range of movement.

The game promises roguelike style deckbuilding , escape-room style puzzles, and psychological horror all meshed into one. The description of the game also hints that there are some dark secrets inscribed on the cards themselves. One of the biggest things we don’t know are details on the actual card game itself.

It will be interesting to see how the card based mechanics will blend with the horror. Card game players always try to break the game as much as possible to come up with the strongest strategies. But considering the game is described as a self-destructing love letter to video games, perhaps the developers fully expect this to happen. I have a feeling our minds are going to be played from beginning to end in this one. You can find the game on Steam right now and wishlist it. It is currently scheduled for a release sometime this year. A more specific date has not yet been given.