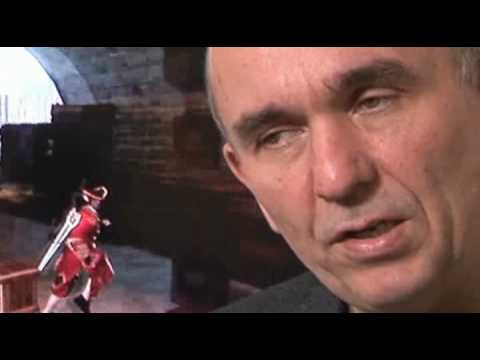 Backers aren’t exactly happy with 22Cans’ handling of GODUS so Molyneux steps up and addresses the community (parody video included).

For full disclosure purposes I am a backer of GODUS from Kickstarter (I know, I know, bad move). But GODUS sounded like a great idea; I mean who didn’t like Populous?

Molyneux has great ideas but more often than not they’re unrealistic and exaggerated. It’s been such an issue that we joke about it all the time on the Podcast, with regular mentions of Peter Molyneux’ Trail of Broken Dreams. Let’s also not forget he invented dogs.

Molyneux is a dreamer but he’s also been quite clever in the way in which he runs his studios and part of that success can be attributed to the media buying into a lot of his gob-shite. He’s a lovely chap and he likes to spin a good yarn.

So what now for GODUS? I have actually gone beyond caring and given up on the idea that GODUS will actually be a finished game on the PC. The fact that this game was going to be released on mobile had always set my alarm bells ringing and the lucrative mobile game market has been a focus of 22Cans’ attention since the black cube chippy-away game thing.

The community has been sharing their concerns with 22Cans for a long time but it’s all come to a head – so much so that Molyneux and the gang released a video explaining what’s gone wrong. Sadly, while there are some explanations as to why the game is not finished, there’s a lot of waffle and Molyneux also gets a good plug in for their other game The Trail. He’s “not going to say anything about it” though and mentions that revealing the game early was “one of the mistakes”.

Molyneux’ involvement in the GODUS project appears to be quite minimal and perhaps it’s his “genius” that’s missing. Who knows. But does anybody care any more?

There’s not much trust left between myself and Mr Molyneux. I want to love the man. He’s a charming, laid back, and has immense taste when it comes to turtle-neck sweaters. He’s brought me many hours of pleasure (no, not like that) over the years but I think the time has come to realise to that he’s just not that brilliant.

I was going to post the official version of this video but there’s a much funnier parody version which shows what they’re really thinking about GODUS.

By Robert Workman46 mins ago
News