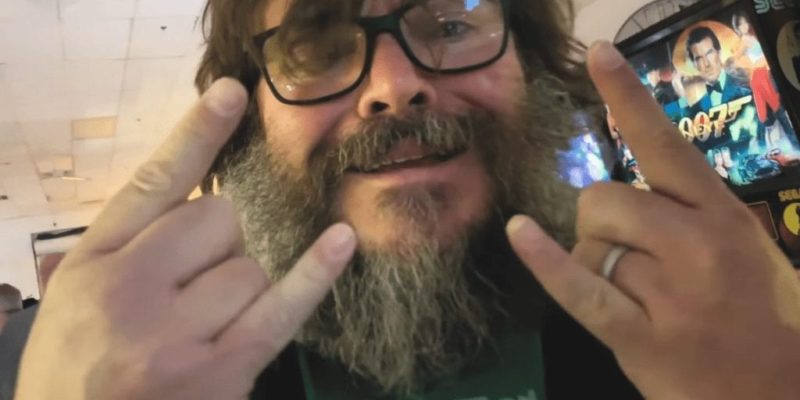 It’s an odd world we live in. Lady Gaga is tweeting about Bayonetta, Kayne compares everything to Akira, and Jack Black has a gaming channel on YouTube. The tenaciously hilarious, musically-inclined comedian surprised everyone a few weeks back by announcing that he was starting his very own gaming channel, called Jablinski. Now, we’ve received our first peek into what exactly that means for the man behind Brutal Legend. Jack Black’s debut video is out, and it’s all about pinball.

Now, Jack did promise that his channel would be competing with gaming giants like Ninja and Pewdiepie.  And we can see in the background of his announcement video that the man has at least two PCs set up. He’s got what looks to be a mid or full tower, two monitors and keyboards, and some pop filters. This could just mean that he plans to record console games from his PC with a capture card, but the double monitors and mechanical keyboards really scream “PC gaming” to me. Still, nothing is set in stone quite yet.

All of this indicates that we’ll be seeing a bit of PC gaming from Jack Black very soon. But, first, it’s pinball time. That’s right, this video mostly features Jack and his son Sam exploring the Pinball Hall of Fame in Las Vegas.

Jack does seem to be an avid fan of pinball, he’s talked in past interviews about how pinball is what introduced him to gaming with Space Invaders. In all honesty, the video feels more like someone’s well-edited vacation footage than a video git for a “gaming channel,” but it’s still a good start. I’m sure, given time, Black will be uploading sweet Fortnite food fight footage.

Is Jack Black An “Epic Gamer” Yet?

So my takeaway? It is a decent start. It’s not quite as…interesting as his announcement video, but it’s also not outright boring. The video is a perfectly safe way for a Hollywood actor to start his personal channel.

Frankly, I want to see him play some games, he’s helped make games (Brutal Legend), starred in movies about games (Jumanji), and has even talked about his favorite games in past interviews (GTA5 and Red Dead Redemption). If he’s trying to compete with Ninja or Pewdiepie, than I’m sure he’s got the setup for recording on his PC. And I can easily see him hopping over to Twitch for some PC gaming streams a couple months down the road.

What about you guys? Does this initial video do anything for you? Do you think Black will live up to his promise of a new video every Friday? Let us know your thoughts down below.