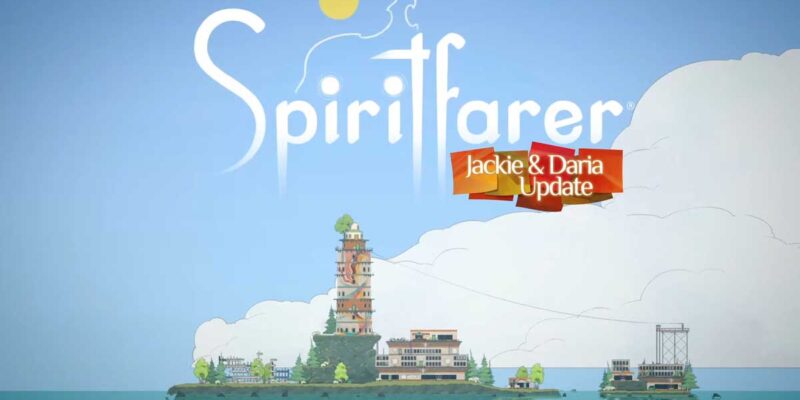 Spiritfarer, which developer Thunder Lotus Games refers to as “a cozy management game about dying,” impressed quite a few players when it came out last year. Reviews from both professional critics and fans praised its art style, comfy vibe, and sentimental value, and the Steam reviews in particular speak of the game incredibly highly. Naturally, the success of Spiritfarer has led to the developers slowly adding updates to the game, all of which introduce a new character for players to learn about and bond with. And now, the final update for Spiritfarer, which the developers call the Jackie and Daria Update, will become available for free on December 13.

According to a press release, the Jackie and Daria Update adds more new content than the prior two updates did. This update sees the main protagonist Stella traveling to “a new island where she’ll discover a dilapidated hospital and two new spirits: the caretaker Jackie, and Daria, his main patient.” In this new scenario, Stella aims to “help soothe a troubled mind and bring the facility back to its former glory.” Alongside this storyline, players will have access to “a new platforming event, as well as new upgrades for the ferry.”

The creative director weighs in

Nicolas Guérin, creative director of Spiritfarer, made a statement regarding the update, which he sees as the best one yet. According to Guérin, the entire development team wanted “to make the game’s final update something special.” He also calls the update “a lovely curtain call for Spiritfarer as well as a great show of gratitude to the fans who’ve supported us since the day we announced the project.”

The developers have hyped up this final update for Spiritfarer quite a bit, so hopefully, it will serve as a worthy sendoff for a game that many hold in high esteem. Alongside this news, the developers posted a new trailer for the update, which can be viewed below.