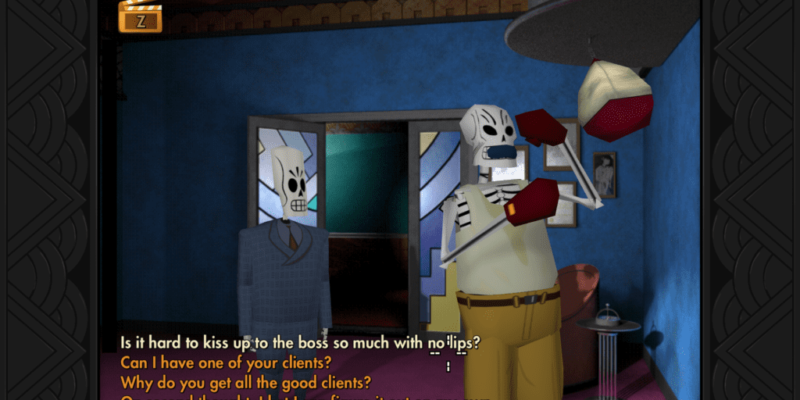 As is tradition, I’ve forgotten/decided not to cancel my Humble Monthly Bundle subscription. As is tradition, I’m now going to tell you what’s in it, while reminding you that this bundle can no longer be bought – but it should give you an idea of the level of quality you can expect from future bundles.

Also, the early unlock for buying into the February Humble Monthly Bundle is Alien: Isolation, which scared the living shit out of me back in 2014. So hey, if you want that and some other games, you know what to subscribe to.

But we’re here to talk about January’s bundle! First up is Croteam’s gorgeous non-linear puzzler, The Talos Principle, which I’ve been meaning to play for ages. Next up is tactical heister The Masterplan, which tasks you and your crew with robbing your way up the crime ladder from a top-down perspective. Then there’s Mushroom 11, which I… may have heard of? Its core concept of helping an amorphous blob traverse a level by pruning it so that it grows in other directions sounds familiar, anyway.

Fourth, but certainly not least, is Grim Fandango Remastered, which is one of Peter’s favourite games of this year. And every year. And it also won an Alternative Award for its behind-the-scenes commentary (but not for Most Realistic Skeleton Dating Simulator, which would’ve gone to Undertale if that was a category we decided to include). It’s one of the finest adventures known to man, although it does have slightly wonky controls and a bit of a crap inventory interface. But shh. Don’t tell Peter I said that, or he’ll cut me.

The utterly superb Spelunky is the fifth title in this bundle, offering a 2D platforming roguelike-lite-like adventure in which you muddle your way through a series of randomly-generated (and fully destructible) dungeons, and then probably get yourself killed by standing too close to your own explosion or tripping onto some spikes or something. It’s excellent, and is one of my favourite games.

Finally, A Fistful of Gun is a rather highly regarded (and ludicrously chaotic) top-down shooter with a story mode, an arcade mode, online and local co-op, and 11 characters, all of whom have different control schemes and attack styles. I will probably give this a go sooner rather than later.

All in all, a decent bundle. It mmmmaybe doesn’t feature the triple-A-wow-impressive-namedrop titles of the previous bundles (which had things like Payday 2, Company of Heroes 2, and Saints Row 4) but for one thing you probably own those anyway, and for another thing pretty much everything in here appears to be decent.

Once again: you can’t buy this bundle now, but you can pre-order next month’s bundle to get yourself an early copy of Alien: Isolation. The Humble Monthly Bundle costs $12 a month; there’s no telling what you’ll get until the bundle’s out, but they’ve been pretty decent so far.