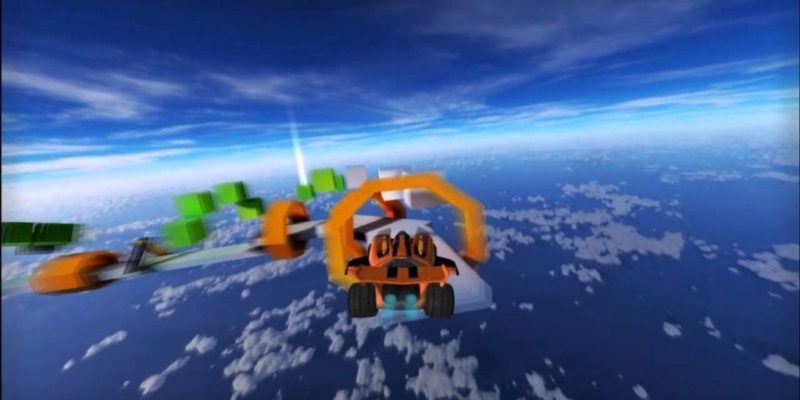 Jet Car Stunts brings the joys of hopeful scientific endeavors mixed with burning jet fuel, and wraps them into one small digital package.

Developers bitComposer Games and Grip Games have recently released the newest trailer for the duos extreme racer. Judging by the almost impossible mid-air slow downs, the game looks to pit drivers in the most creative role possible. The stuntman has now become the precision driver, who just so happens to be part-time astronaut.

The game will feature three main modes: Platforming, Time Trials, and Collector. The game will also feature 36 tracks to test your new found driver abilities on.

So, if you were that kid that put your Hot Wheels race tracks together at almost negative slope-grades, you might just find yourself spending endless hours trying to land the perfect barrel-roll-flip-drift-slide on these gnarly tracks.

Jet Car Stunts is slated for a May release on the Xbox 360, PlayStation 3, PlayStation Vita and PC for $9.99.

There is also a planned Xbox One and PS4 release at a later date. Make sure to visit the official bitComposer site for more details.