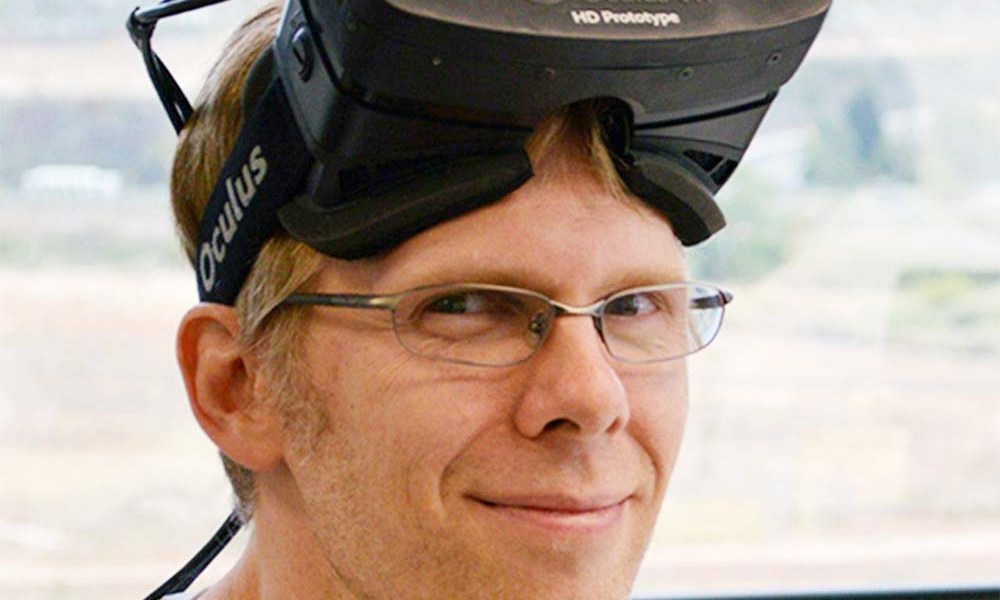 You know it’s the holiday season when people kiss and make up and hash out their legal disputes, so much so that we’re wondering where the mistletoes are. That’s because John Carmack and his personal legal disputes with ZeniMax Media have concluded. These legal disputes stemmed from Carmack’s work with the Oculus VR while part of id Software, Carmack’s long-time company which has since been bought by ZeniMax. Ah, well, here’s his tweet below:

My personal legal disputes are over — Zenimax has fully satisfied their obligations to me from the purchase of Id Software, and we have released all claims against each other. (The appeal for Oculus still goes forward)

John And Zeni Sitting In A Tree: S-U-I-N-G

Here’s a rough summary of everything that’s happened so far:

2012: Oculus developed the Oculus Rift prototype. Around the same time, Carmack tweaked, fiddled, and made modifications to the VR headset. This included an E3 showcase of the gadget using id Software’s Doom 3.

2014: Facebook acquired Oculus VR. ZeniMax moved in to file a lawsuit against Facebook and its newest acquisition, asserting that Carmack was working on the Oculus while he was an employee of the company who’s also using their assets and tech.

The whole legal ordeal got messier from there, with claims and counterclaims by both parties. In 2017, a jury awarded ZeniMax a victory in the case while absolving Carmack of any wrongdoing. However, Carmack also filed a lawsuit asserting that his former company owed him $22.5 million going back to id Software’s acquisition.

What’s Next For Oculus?

Finally, this past weekend, it seems Carmack’s worries are over, as ZeniMax has “fully satisfied their obligations”. This does not mean that the legal battle between Facebook and ZeniMax over the Oculus is over. In June 2018, an appeals court handed a win for Facebook when it halved the $500 million in damage payout to ZeniMax. Likewise, the latter’s request to prevent the sales of Oculus was not heeded.

So yes, this battle in the courtrooms is far from over. Both companies are duking it out. Fortunately, John Carmack’s in the clear and he can probably rest easy in the meantime. We’re wondering if he’s playing Doom just to relax.