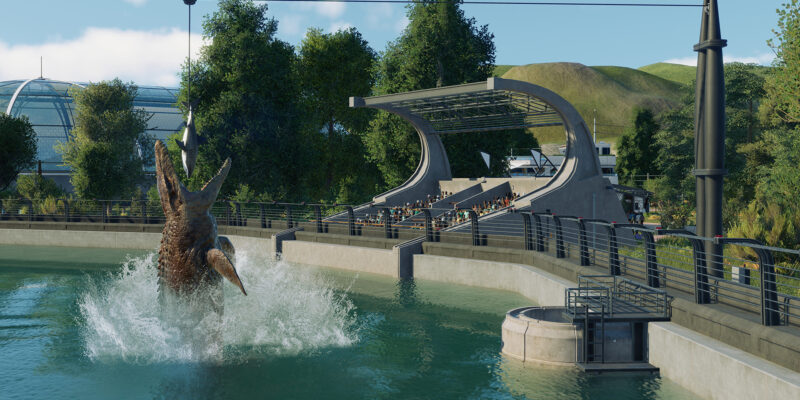 I guess we can say that the Mosasaurus was one of the stars in the Jurassic World film. Showcased as an attraction that would rival any killer whale or dolphin, it chomped on sharks, a Pterodactyl (along with Claire Dearing’s assistant), and, with the magic of ridiculous blockbuster climaxes, the Indominus Rex as well. In any case, here’s our Jurassic World Evolution 2 guide to help you unlock the Mosasaurus.

How to unlock the Mosasaurus in Jurassic World Evolution 2

As usual, our advice is to pick the Challenge mode – Germany (easy) map since you can also obtain most dinos and buildings in a single run. The key difference here, at least when compared to the T-Rex and Spinosaurus, is that the Mosasaurus is an aquatic animal. That means we’re going to have to research its genome, as well as the facilities required to spawn it. Facilities for the Mosasaurus and other aquatic dinosaurs