Today, in barely-counts-as-news news, Square Enix have revealed that the first gameplay trailer of Just Cause 3 will hit next week.

The trailer is due at 2pm UK time on 28 April – next Tuesday. And that’s basically it.

Not much is known about Just Cause 3, but I think I can make an educated guess that it’ll star Rico Rodriguez on an open-world quest to blow shit up, which he’ll likely accomplish by using a grappling hook to leap about between vehicles.

The game itself isn’t due out until winter of this year, but for now, you can at least enjoy the newly released packshot below. And yes, it’s also above, but you can click on the one below for a closer look at Rico’s manly stubble. 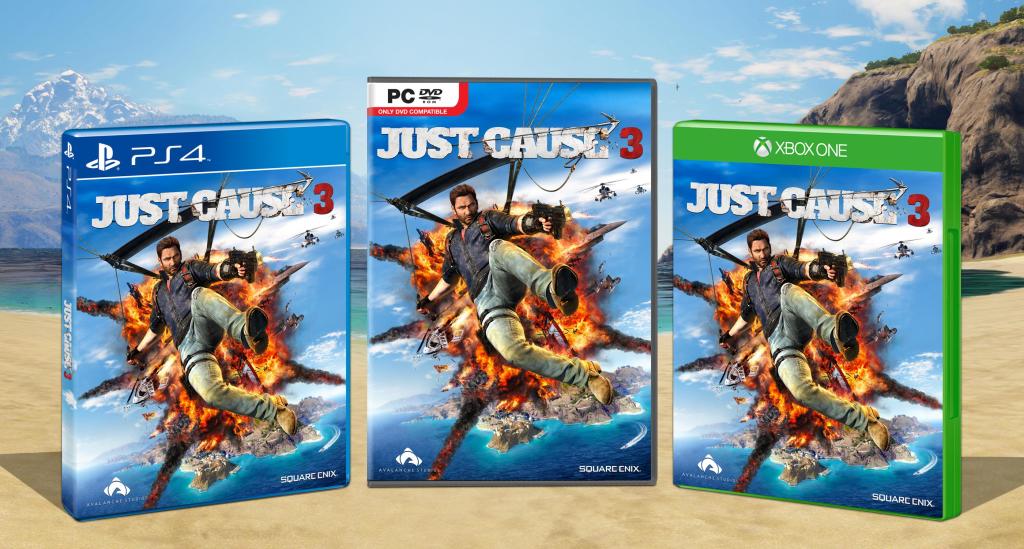 The Witcher 3 gets a short but pretty TV spot