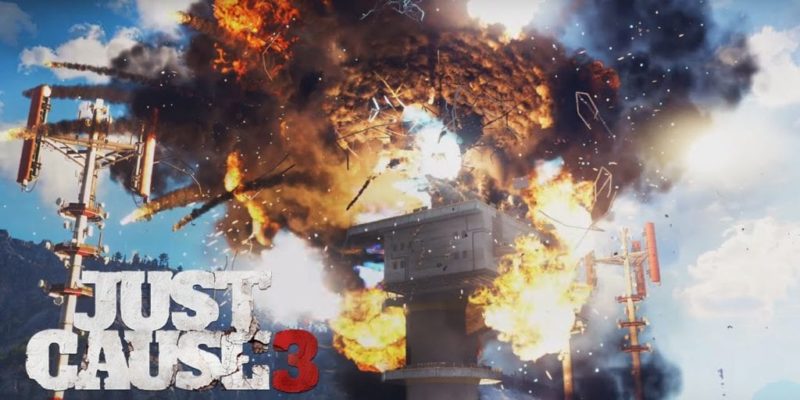 A new Just Cause 3 trailer TAKES THINGS TO THE MAX. Literally. In terms of settings. Why? Just ’cause.

Yup: the latest trailer for the forthcoming explode-an-open-world-’em-up is for those of you with super ninja bastard PCs. Specifically, it shows off the game “with all settings set to overkill” (which I hope is an actual graphical setting) and the video supports 4K resolution.

I don’t have a monitor that supports 4K resolution and my bandwidth is doing things other than streaming trailers, so I watched it in a window, at 720p, and my reaction was still “Fuck me, that looks a bit nice.” I have no idea how it’ll actually look if you try to watch it in 4K thanks to YouTube’s occasionally wonky compression algorithms, but it’s a very, very pretty game. I also have no idea what sort of computer you’ll need to run it at 4K on full detail. Or even at 1920×1080 on full detail. Probably a more powerful computer than I have. Now that I think about it, this might actually be the most depressing trailer I’ve seen in awhile, but for all the wrong reasons.

This is a surprisingly restrained trailer for Just Cause 3, though. It’s got a lot of what you’d expect – cars going far too fast, massive explosions, buildings falling apart, fighter jets firing missiles – but it also lingers on stunning vistas and gently turning wind turbines, and the backing soundtrack is largely sedate and soothing with a few Latin musical twangs. Thank you, Square Enix, for not licensing some sort of dreadful pop-metal cacophony to go along with the MAXIMUM EXPLOSIONS.

Just Cause 3 is due out on 1 December. You can view the trailer below in whatever resolution you desire, probably while chanting “I hope the PC version is really well-optimised so that I can run it at some sort of approximation of that” over and over again.