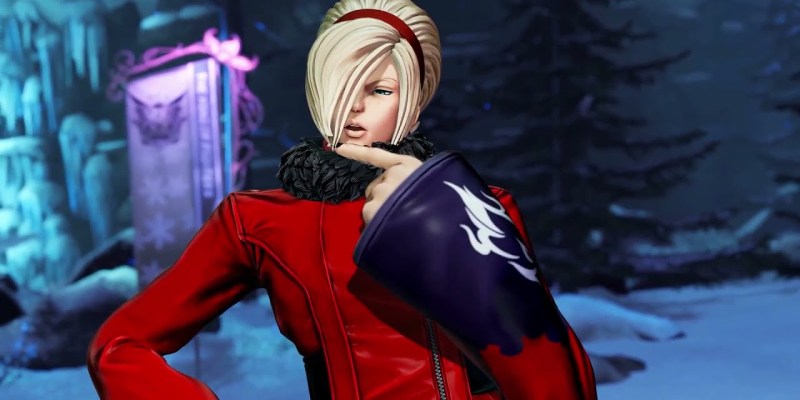 Last week, at gamescom 2021, we got a truckload of new information on The King of Fighters XV. The roster size was finalized, rollback netcode was confirmed to be in the game, and much, much more. But KOF XV doesn’t release until February of next year. So, in the meantime, to maintain hype for the game, more character trailers are being released. The King of Fighters XV Ash Crimson trailer came out today, highlighting the return of the protagonist of the Tales of Ash story arc.

Since that gamescom trailer last week finally gave us our first look at the game’s systems, the new video invites more analyzation. Taking place on a stage in the frozen tundra with a ghost-like deer watching, we get to see a lot of Ash’s moveset. Many of Ash’s trademark normals from his last playable appearance in The King of Fighters XIII return, like his standing LP (low punch) and LK (low kick). We also get to see many of his special moves like his dash strike, uppercut kick, and bomb projectile.

Ash’s trailer also showcases a floating orb projectile that he cancels into after going into MAX mode. The implications of a small, slowly moving projectile that tracks your opponent are monumental. While obviously great for combos, the defensive applications of the move could be very strong as well. We also see Ash’s Rush Combo, which is a flurry of four back-to-back flash kicks.

All the protags are here

Ash also cancels into a move that envelopes his entire body in his signature green energy and launches the opponent for a huge juggle opportunity. The video additionally offers a peek at how fast Ash’s projectile recovers, as we see Iori — standing midscreen — jump over a projectile and still get punished with an uppercut. Said projectile can also be rapidly fired off twice, which catches Kyo off guard a full screen away. The trailer then ends with a sneak peek at his Climax Super Special Move.

As stated before, as well as in this Ash Crimson trailer, The King of Fighters XV releases next year on February 17, 2022. With a confirmed launch roster of 39, we still have seven fighters to be revealed, leaving plenty of time for more of these character trailers.

Pathfinder: Wrath of the Righteous review — Time to level up

Pathfinder: Wrath of the Righteous — How to complete Starward Gaze