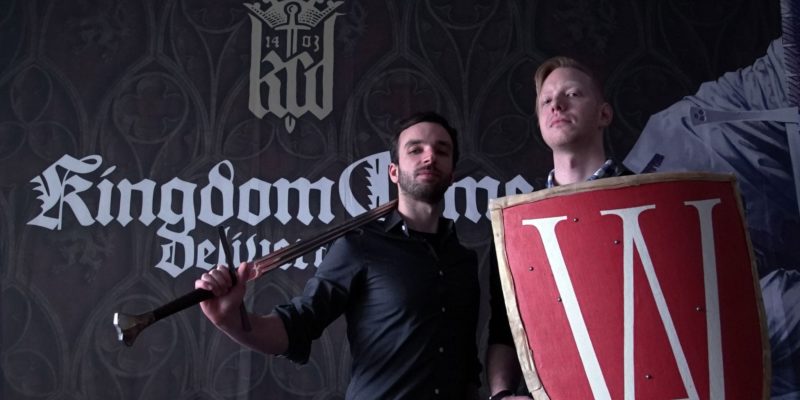 In January 2014, a CryEngine-powered RPG hit Kickstarter and blew past its goal by some margin; a welcome surprise even for the developers themselves. Two years down the road, Kingdom Come: Deliverance is teetering on the edge of a beta release. Notable for its focus on realism, and for eschewing fantasy elements, the game nonetheless is attempting to strike a balance between pure accuracy and engaging mechanics. Warhorse are a new studio, but have mountains of individual experience amongst their ranks, and are shrouded in anecdotes of ex-AAA devs taking a pay-cut to work on their game in the Czech Republic.

We sat down with Technical Designer Martin Ziegler and Toby Stolz-Zwilling the PR and Communications Manager to have a chat about Kingdom Come: Deliverance. Full interview audio is available below, followed by transcribed text.

PC Invasion: In your words, what exactly is Kingdom Come: Deliverance?

Toby Stolz-Zwilling: It’s a historical realistic open-world RPG set in Bohemia in 1403, which was one of the most important countries back then as part of the Holy Roman Empire. You have the chance to play Henry, the son of a blacksmith. You’ll get torn into a civil war which raged a few years later. In 1403 we’re pretty much explaining something like a prequel story to what broke out later and was a pretty bloody conflict.

Your country gets attacked and you’re living in a silver mining town which gets attacked and everyone gets slaughtered. It seems like a cliché but the interesting thing is that this really happened. Your personal story is not historically accurate, but nearly every event we show is something that is proven by different books and history. We have a full-time historian on our team who is helping us to reconstruct different situations, buildings and events which are not well documented.

If an NPC approaches you and tells you to come with him right now and kill those bandits right now, he won’t stand there with a question mark on his head. The game will simulate this situation. So this guy will go there by himself maybe, he might die. That might result in some other quests or some quests might become locked because he died. We have to have this sophisticate world which gives the player an illusion of a real living world.

We are trying to create a game which is as realistic as possible, but on the other hand it’s supposed to be fun still, right? Because it’s a game. We have this struggle between the historian and our Creative Director Daniel Vávra. 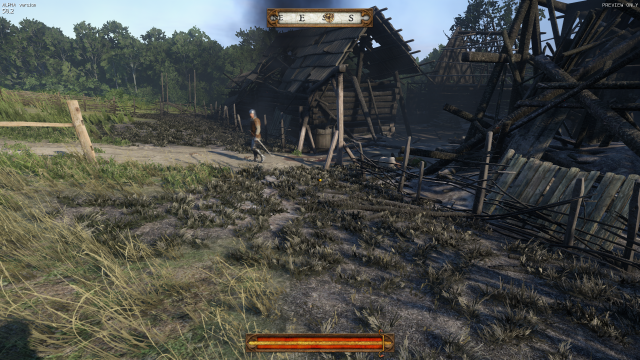 Martin Ziegler: We’re trying to find a balance between an open-world game and a story-driven game. In the open-world part we want players to be able to immerse themselves in the world in ways which aren’t well explored in games; both in terms of the geographical region and it terms of the historical period. We want players to be able to experience that time and place; we want the world to look like it did at the time and we want people to behave like they did at the time.

So we researched how the justice system worked at the time and what people did at the time – Where did they get their food? When did they get up? How did the public administration system work? Things like that. We want to simulate that in terms of AI and in terms of gameplay mechanics. If you commit a crime, we want the NPCs in the game to react closely to how they would at the time. So we want them to run to the nearest town with a guard that is able to force you to pay the fine or imprison you and stuff like that.

Also we want to have the story that will drive you to explore that world, see different locations and see all the stuff we’ve put in place.

TS-Z: A lot of games are set in medieval times, but no game has ever tried to be realistic and as historically accurate as possible. There’s always this touch of fantasy somewhere; we’ve tried to avoid that completely.

Since we try to have realistic and historically accurate game, universities, museums, cultural people and living history people and people who are not connected to video games are very interested in this project to reconstruct Bohemia in the year 1403. 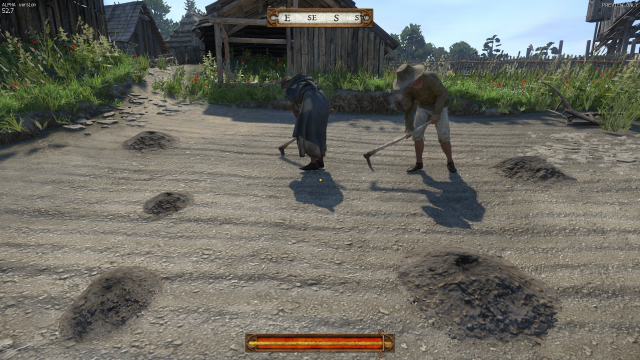 It’s not only the events we show but the buildings and environment too. For example, a lot of the buildings still exist today so we have the chance to visit them since the game takes place 50km south of Prague where our studio is based. A lot of castles, churches and stuff still exist, but some of them are destroyed. But those buildings were full of paintings mostly, so our historian needs to research of whom the church was. Let’s say St. Barbara or something. So how did the St. Barbara church look? What paintings were inside? We have real painters and sculptors in our studio who are drawing digital pictures and reconstructing church walls and paintings by hand. So it’s not at all… what’s the word? It’s all handmade.

PCI: Can you tell us a bit about the combat and how that works?

MZ: We actually really simulate, in terms of physics, what you’re doing. We physically simulate your sword and the force it exerts upon the shield on your opponent. We detect the exact point of collision and the kind of armour they are wearing and so on. We calculate all that stuff physically. We’re really trying not to cheat here, which gives rises to a lot of fun situations which you don’t see in RPGs which just do numbers. For example if I’m leading a swing with my sword and I accidentally hit someone else I actually do the damage to that person because it’s a physical simulation.

That means that you won’t be able to win every encounter you enter by far. We’re trying to be authentic, so the most important part of any encounter that you have at the time is the equipment. If you were to battle a knight who has plate armour or chain armour and you don’t have a set yourself, no matter how good you were with the sword you wouldn’t really stand a chance.

A part of being able to win combat is being well prepared. You need to have your sword sharpened and prepare your armour in order for them to be the most effective that they can be.

That means that a lot of times the best option for you is to try to avoid combat if you can.

PCI: What’s the story behind your studio, the kickstarter and all that?

TS-Z: Warhorse studios was founded in the year 2011 by two guys sitting in a pub, which is the regular approach in the Czech Republic for good ideas. The idea was to get a bunch of veteran Czech game developers together, lock themselves in the basement for two years and come out with a game.

The problem was that even though the prototype looked very good, we visited publishers all over the world – you can name whichever publisher you want we visited them – but they refused to finance the project. They thought the market was going to develop another way into tablets and mobile games and they didn’t want to take a risk on something new. Well, some were, but they offered neck-breaking contracts and we just couldn’t.

Then by a lucky accident we found an investor, and together with him we decided to go on Kickstarter in 2014. We wanted 300,000 British pounds, that was the benchmark that we set that this would be interesting for the investor to get and after that he would invest the rest. After 29 days, we had 1.1 million British pounds. So this was a huge success, which pretty much shows that we were right and publishers were wrong. 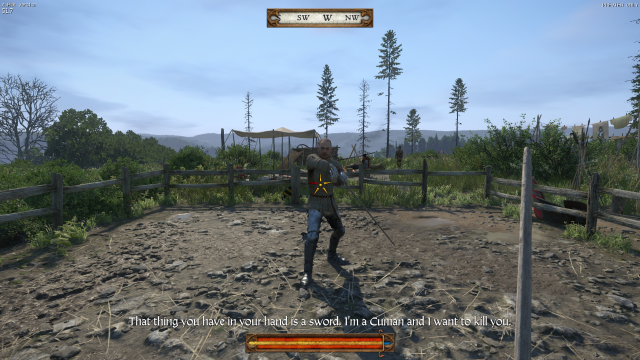 PCI: You’ve got about 100 people working on this. How do you organise things well with such a big team?

MZ: I think we’re actually pretty good at this. We have a lot of people that came here from other studios, and most of these people are saying that this is the studio with the best atmosphere and working environment in terms of communication. We have a very flat hierarchy. We try to be very effective and that means we need to be very open with our communication. I think that we have a very ambitious project to make. 100 people might seem a lot, but for a project this size, it’s not. Everyone here realises that we need to be very efficient.

TS-Z: Another fun thing which I’d like to mention is that we went off the computer planning; we don’t use software for planning. We have a huge wall with stickers – a paper wall. We decided to go back to the roots pretty much, all the departments meet in front of this huge paper wall and discuss your project and take your task to your department to your paper wall.

Xenonauts 2 is in production for 2017

By Kevin Carignan3 days ago
Interviews