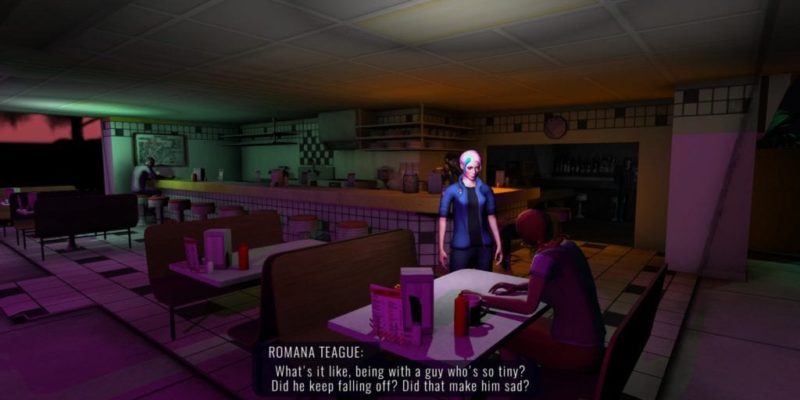 If you read about the first act of episodic adventure Knee Deep (perhaps in a review right here at PC Invasion,) but baulked at the $25.00 USD price tag for the three episode ‘Season,’ this news of a price cut could be of interest.

In an announcement post over at the game’s Steam hub, developers Prologue Games reveal a new ‘Season’ price of $10.00 USD (or local equivalents.) That amount gets you Act 1 (released the other week) and the other two episodes (to be released later this year and 2016 respectively.)

“We’re doing this because many gamers told us the initial price was too high,” the post reads. “With only one act available, charging for a full Season Ticket was too much–we understand. Many gamers have been burned by episodic games that take years for public release.”

“To address this, we’re putting our trust in the community by lowering the price. We ask that you trust us to deliver a good narrative adventure–download the game and find out for yourself.”

Those who pitched in for Knee Deep when it was still $25 are invited to email social@prologuegames.com or send Prologue a message through Steam for them to “sort things out for you.” They say they don’t want any early supporters to feel short changed.