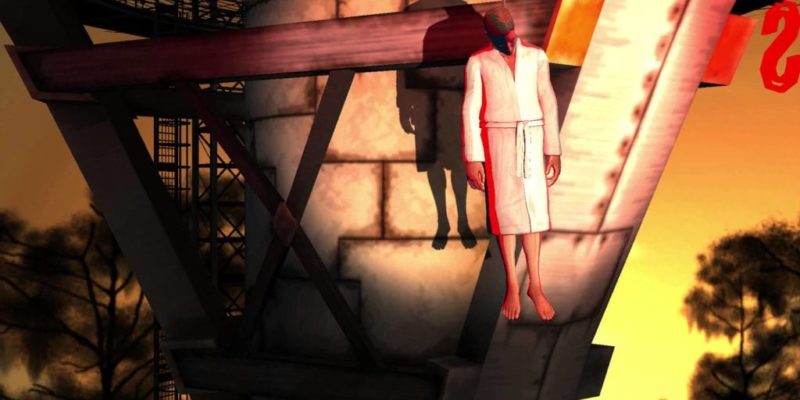 Like the majority of mystery tales, Prologue Games’ Knee Deep begins with a potential crime scene. A washed-up actor has been found hanged from a local landmark in Cypress Knee. It looks like suicide, but the facts don’t really add up.

Self-described as a “swamp noir,” Knee Deep proved to be a (literally) theatrical dialogue-em-up in the Telltale style when I played a truncated version of Act 1 a few weeks back.

The long-term plan is a three act (ie; episode) title, in which players switch to a new character for each segment. In Act 1, you’re an eager gossip blogger looking for a scoop to save your ailing career. Throughout the course of the episode, you even have to file articles with your editor – but while he wants sensationalism, that won’t go over well with the friends of the deceased.

All of this plays out on an actual virtual ‘stage,’ with characters moving between prop locations. According to Prologue, “Knee Deep is staged for a reason: the cynicism that frequently defines characters in film noir translates to a feeling of circumstances being rigged.”

If you fancy more details, that link above will take you to my recent preview. Alongside the trailer, Prologue Games have launched a Greenlight page for the title. Act 1 is currently due in June 2015.