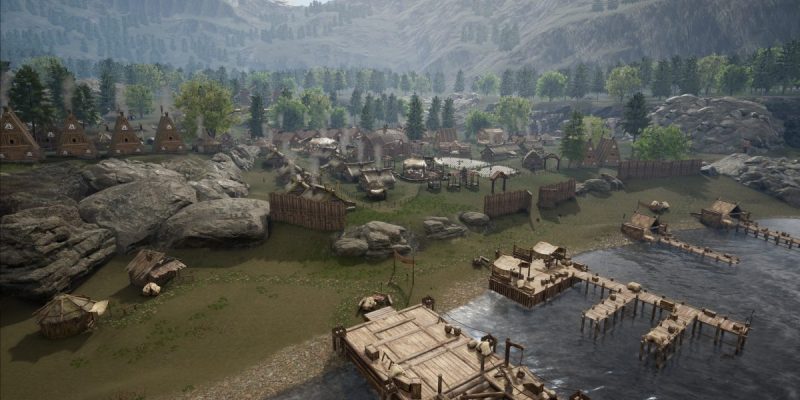 Ever wanted to live your dreams of becoming a Viking? How about settling in an abominable location with unpredictable weather, destructive monsters, and endless days of work? Well, you could always play Valheim, but for those looking for a different scratch in the Viking life, there’s a new Viking sim game out on the market right now. It’s called Land of the Vikings, and it’s currently out through Early Access on Steam. This game incorporates a little bit of Valheim and Frostpunk for some city-building action.

This Norse city builder sees you playing as the Jarl, the chieftain of a new Viking village. As Jarl, you must manage your resources, survive through multiple harsh disasters and weather conditions, conduct enemy raids, and expand your village into a thriving city. You won’t be alone in your conquest to become the greatest Viking village there ever was. You’ll be assisted by the hands of the Norse gods, who will aid you with rewards should you worship them.

You will have a nice, motley crew of different Vikings of all personality types, and the more your settlement grows, the larger your crew will become. And you can choose to welcome them into your warm loving Viking home or cast them away into the cold darkness. As Vikings live in your settlement, they will grow as families, birth new generations, and expand your empire. There are more than 20 characteristics for Vikings to hold. You might see them become strong gym bros who brute force everything in their path, or sneaky snake oil thespians.

Land of the Vikings is available now on Steam Early Access, so if this city-building adventure seems up your alley, you check out the official Steam page. And for some more information on what the game will entail, there’s a shiny new gameplay trailer that you can view below.

How to get the Sonic Frontiers Soap shoes DLC