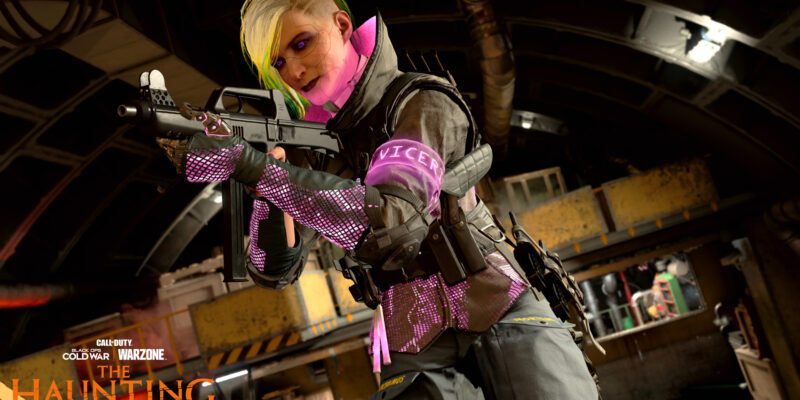 When The Haunting arrives, there will be two sets of nine challenges for you to complete. One set will be specifically for multiplayer, and another will be for battle royale fans. Along the way, you will earn rewards, including weapon blueprints, for completing challenges. By completing just one set of nine challenges, you will instantly unlock the LAPA submachine gun in Black Ops Cold War and Warzone.

The weapon has been described as having high damage with a strong amount of control and range. However, one drawback is the fact that it has a slow fire rate. As soon as the LAPA submachine gun is yours, you will be able to start leveling it up to unlock attachments. Eventually, you will be able to look at building a strong class for both multiplayer and the battle royale.

The alternative to getting your hands on the LAPA via the challenges, is by purchasing it in the in-game store. The available bundle is named Terrible End, which has the Abnormality LAPA weapon blueprint. Although this will allow you to try out the weapon before it is unlocked, you will have to make sure you unlock the base weapon to level it up and earn camo challenges.

The Haunting event will run through until November 2. Therefore, it’s expected that the LAPA challenges will be around for this long in Black Ops Cold War and Warzone. It’ll be interesting to see if the weapon makes its way into the meta as Season Six plays out.