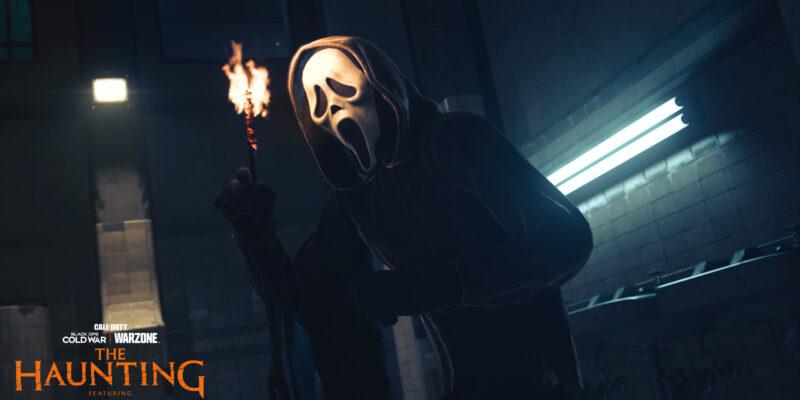 Call of Duty: Black Ops Cold War and Warzone’s The Haunting Halloween event is back. To celebrate spooky season, you can hop into new BOCW multiplayer modes, a limited-time mode in Verdansk ’84 and more. The Halloween event contains quite a bit of content and there should be something for everyone to jump into.

If you participated in Warzone’s Halloween mode last year, you will know exactly what to expect. When you die, you will not be sent to the gulag as you would in the standard battle royale mode. Instead, you will become a ghost with some supernatural abilities. As a ghost, you will be able to super jump to get the drop on your enemies. Also, you will be able to teleport and use a spectral blast to stun living players and vehicles. Once you become a ghost, you do not necessarily have to stay as one for the rest of the match. Ghosts will be able to repeatedly swipe at operators to kill them, and then a soul will be dropped. Upon collecting three souls, you can spawn back in straight away. If you are feeling brave, you can respawn by successfully performing a finishing move too.

A new feature that The Haunting event in Warzone has added is a fear meter. Every player starts with zero fear and the level will increase as you play out your match. If you reach 50% fear, your operator starts to hallucinate, with the game becoming scarier if your fear level reaches 100%. Your fear meter can be bumped up in many ways, including seeing dead bodies, having a squad mate down or eliminated, and even the age-old fear of camping. However, you can decrease your fear level too, by reviving a team mate or completing a contract, for example.

What is The Haunting bringing to Black Ops Cold War?

Black Ops Cold War multiplayer and Zombies modes have not been left out of the Halloween festivities. The Nuketown ’84 map has received a Halloween makeover which you can explore while playing some new game modes. Classic Black Ops Cold War modes have been given a spooky twist. Halloween Prop Hunt will see you hide as bats, skeletons, skulls, and more. Moreover, Infected returns, featuring players turning into zombies, with survivors earning bonuses to increase movement speed, aim down sight speed, and reload speed.

Next, a new game mode has landed called Scream Deathmatch. This will see two players become Ghostface from Scream, with the objective of eliminating all survivors. In terms of Zombies, the Hallows’ Eve mode is based on Outbreak, with a twist. You will be required to survive for 10 minutes and to exfil from one map. With every two minutes that pass by, survival in the region will become more difficult.

Get into the spirit with Halloween cosmetics

Finally, some Halloween cosmetics are landing in the in-game store for The Haunting in Black Ops Cold War and Warzone. You may have already encountered the Scream skin as hackers managed to access it before its official release on October 19. Then, a Donnie Darko bundle will drop on October 24 as part of a tracer pack. 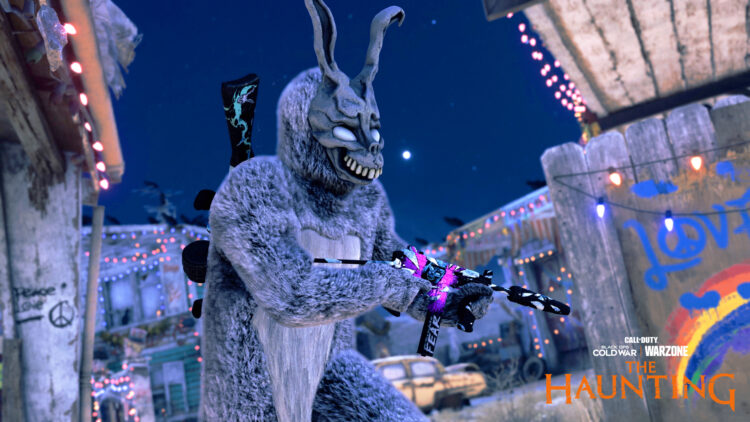