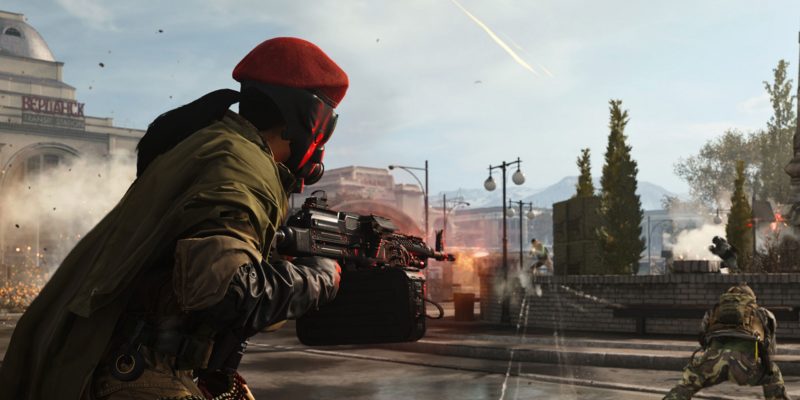 Many CoD fans were disappointed when Season 5 initially dropped due to the lack of notable weapon rebalancing. However, following from the semi-auto weapons rework Infinity Ward is now looking to fix the Modern Warfare and Warzone LMGs. More specifically, the developer is finally addressing the dominance of the Bruen Mk-9 while giving some of the lesser-used LMGs some much-needed love.

Starting off with the Bruen, it has had its long-range damage values adjusted. Now at its maximum damage range, it will deal less overall damage. Exact numbers haven’t quite been figured out yet, but it does appear to take an extra shot to kill through full armor.

The state of LMGs in Warzone

This change makes sense as the Bruen is a very accurate weapon at all ranges, yet it previously dealt some of the best in class damage. Both Warzone and Modern Warfare are balanced around the idea that a gun is not supposed to have both high damage and a long effective range at the same time.

Otherwise, both of the least used LMGs have buffed. Firstly, the Holger-26 has had both its damage range and aim down sights speed increased. This should help it fill its role as a light machine gun-assault rifle hybrid better than before. Previously, it struggled to compete with other options due to its low damage and sub-par weapon handling.

Outside of that, the mostly forgotten M91 has also been buffed. Similarly to the Holger, the M91 now has increased ADS speed making it more viable at close range. Also, it’s damage profile has been tweaked to kill faster close-up.

To put the M91’s problems into perspective, before the Bruen was even released, the M91 was considered a worse version of the PKM. Four months later and now the PKM is a worse version of the Bruen, while the M91 is probably the worst of the LMGs. Fingers crossed that these changes help it at least develop some kind of niche role.

You can find the official patch notes here.

Vampire: The Masquerade – Bloodlines 2 delayed into 2021