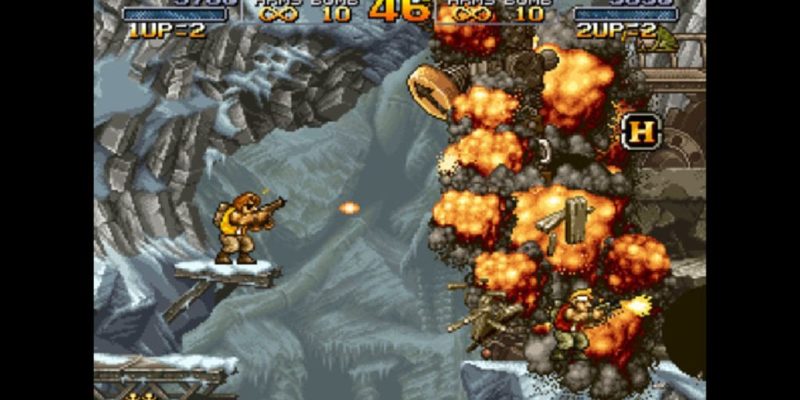 Crikey, but the latest Humble Bundle is a bit of a big one. Specifically: at the maximum tier you’ll get yourself 21 NeoGeo games, some soundtracks, and a promise of more games to come.

Some of the games (specifically, those hitting the PC for the first time in this particular Humble Bundle) are DRM-free downloads. Others are Steam keys only. A rare few are both. Let’s have a look at the tiers, then go into details – and for once, we’re going to do this through a bullet-point list, because there are just so many bloody games.

All of the above, plus…

All of the above, plus…

And then there’s a $40 tier if you want a “NeoGeo 25th Anniversary Limited Edition Metal Slug SV-001 T-Shirt”, too. Hopefully I haven’t misspelled any of these or missed anything out.

I’m not sure how most of these work. I mean, 90% of them are going to be through emulation, but hopefully it’ll be good emulation rather than the way it’s done by those handheld NeoGeo emulator things that come loaded with a bunch of games. It looks like you can also play the majority of them in your browser if you really want to, and there are two-minute trials of most of the games available on that very page… but it lags quite a lot in Firefox, at least.

Anyway, this strikes me as a bloody good deal. I do wonder if non-Steam games like Garou: Mark of the Wolves will support controller and fightstick inputs through their emulation, but you’d damn well hope so. I can’t currently afford to purchase the bundle, though, so I can’t give you any real info on how well all of this stuff handles.

If you fancy finding out for yourself, head on over to the Humble Bundle website and pick the bundle up. From the looks of things, you’ve got just under two weeks to make your decision.