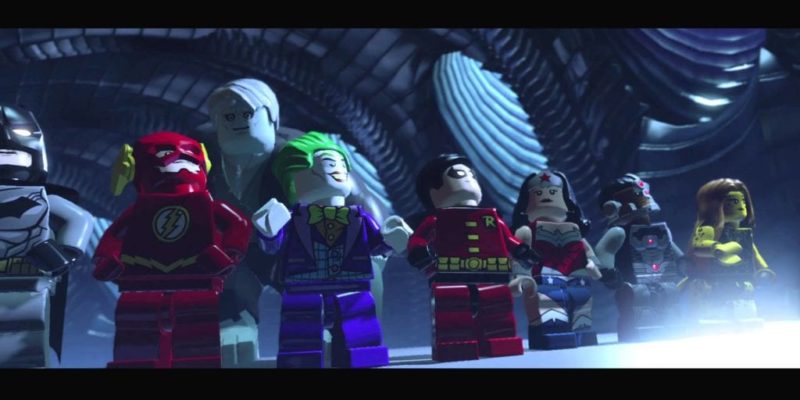 This isn’t 1960s Batman, obviously. This is Batman’s amazing spacesuit.

The cast and characters of Lego Batman 3: Beyond Gotham have been revealed… and they include Adam West. Yes.

Adam West will be reprising his role as 1960s Batman, complete with “Kapow” effects when he punches somebody. I am not sure I will write a better sentence than that anytime soon.

Other than that, Lego Batman 3 takes the adventure into space and to other planets. On the villains side you’ll be seeing Lex Luthor, The Joker, Brainiac, Killer Croc, Solomon Grundy, Sinestro, Cheetah, and probably a fair few others I missed from the trailer. Battling them will be Batman, Robin, Superman, Wonder Woman, The Flash, Green Lantern, Martian Manhunter, Cyborg, and LOOK YOU KNOW THESE CHARACTERS. In terms of voices you’ve got a huge raft of fine talent – Troy Baker, Dee Bradley Baker, Laura Bailey, Christopher Corey Smith, Josh Keaton, Fred Tatasciore, and at least several others. Like Adam West.

You can have a looksee at the cast trailer below. Lego Batman 3: Beyond Gotham is due out this autumn.

Rise of Incarnates gets a closed beta trailer, screens