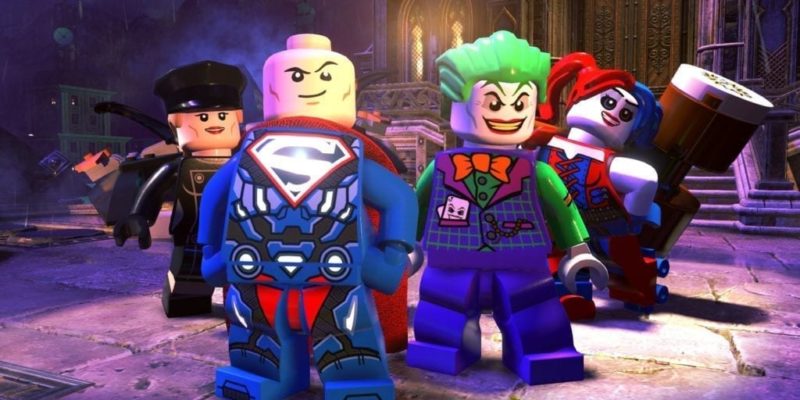 The bad guys are taking control in Lego DC Super-Villains, and they’re hatching a dastardly plan to save the world.

Although the game opens with a battle with the Justice League, the heroes are soon replaced by a group of interdimensional criminals called the Justice Syndicate. Fans will recognize them as the Crime Syndicate, a group comprised of evil versions of well-known heroes, and they immediately set out to cause mayhem. That’s where the player steps in as a newly minted super-villain to stop them in a villain vs. villain showdown. Then they can have the world all to themselves.

Becoming Good At Being Bad

Lego DC Super-Villains puts heavy emphasis on open world customization. Players can create their characters from scratch, customizing every aspect of their character. That means that it’s entirely possible to stomp across Metropolis as a 50-foot person dressed as a hotdog while waving around a magic plunger that shoots colored bubbles.

Players can continue adding to their characters throughout the game as they unlock more accessories and abilities. Similar to Amazo, the power-copying android, characters can pick up new powers, then mix and match between them.

“Having this huge open world meant that we needed to fill it with things to do,” Phil Ring, executive producer at TT Games, explained to PC Invasion. “If we’re saying you get to be a villain, what does that mean? It means you get to answer questions like, ‘How hard is it to take candy from a baby?’ Apparently, it’s really difficult to do.”

Ring added that villains have certain abilities that heroes don’t. For example, Joker can get his goons to knock down a door, form a bridge, or build a trampoline for him. But goons are disposable, so he doesn’t feel bad about abandoning them to their fates once he’s done with them.

The game will feature plenty of exploration, with chances to visit landmarks such as the Daily Planet, Ace Chemicals, Lexcorp, and more. Players will also have a chance to ride the monorail and rollercoasters if they choose to.

Villains will be scattered throughout the world of Lego DC Super-Villains to offer side quests, often in whacky locations. For instance, Ares is hanging out at a diner in Metropolis for some reason. In addition to visiting Metropolis, Gotham, and Smallville, Darkseid will make an appearance, allowing players to boom tube to Apokolips for more quests.

Building Up To Break Out 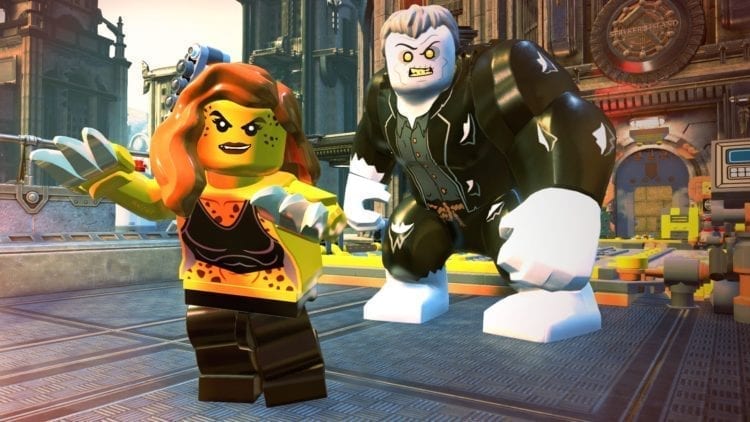 With the New York Comic Con demo, players team up with Lex Luthor in a power suit and his hard-hitting assistant Mercy Graves. Together, you must literally break your way out of Stryker’s Island Penitentiary in the traditional Lego game style. That means destroying everything in sight and using bricks to build new structures, gadgets, and tools. But first, you must follow Lex’s plan to find the building’s secret vault to steal something… because they’re bad guys.

Early on, the player can call upon a powerful energy blast that can sweep across the screen. It’s handy for destroying the big turrets that stand in your way. However, despite the custom look, it’s hard to stand out against your allies. Lex can fire rockets and Mercy is a martial arts master. Players don’t acquire a new power until near the end of the demo.

Using a controller to play, I didn’t like the fact that I had to press a button to cycle through the characters. There are points where you need a specific character to do something. Lex uses his genius to hack a computer and some areas need the player’s energy blast. Even though there were just three characters, having to go through them one-by-one for the sake of a single task was annoying. Especially when you climb up an area only to discover that you should have brought someone else.

Neither TT Games nor WB Interactive has released an official count, but Lego DC Super-Villains is expected to launch with over 150 playable characters. They come from all forms of media, ranging from comic books to television shows and movies. Some will be extremely obscure.

“We have some pretty deep cuts on this roster,” said Ames Kirshen, vice president of interactive and animation at DC Entertainment. “Your knowledge of DC needs to be pretty deep to know who some of these characters are without hitting up Google.”

“We have characters and villains that are really quirky,” Ring added. For instance, Granny Goodness will be flying around on a rocket-powered walker, tossing explosive treats from her handbag.

Ring explained that the best way to deal with some of the darker villains is to play up the humorous side in a family-friendly way – all while staying true to the characters. The developers at TT Games are genuine fans of DC Comics, and they show it through Lego titles.

“We like to have fun with this world, but not make fun of the world,” he said. 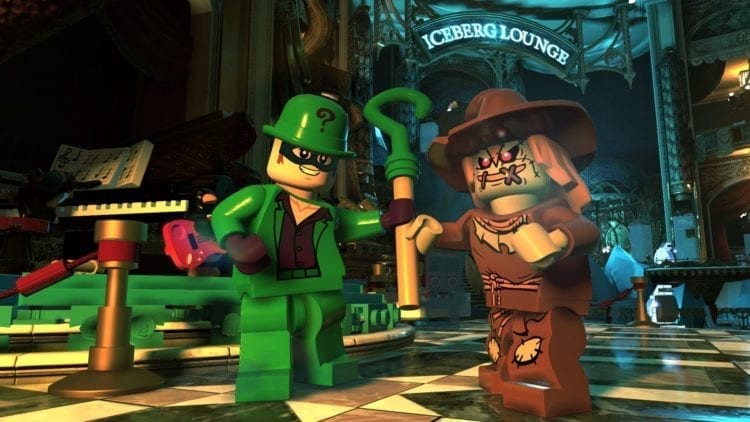 According to Kirshen, the Lego games make for a nice palate cleanser, offering irreverent humor for families to enjoy while many of DC’s animated and live action movies have darker themes. They illustrate the elasticity of the DC Comics brand and its characters to address audiences of all ages. At the same time, the developers make sure there’s something for both hardcore and casual fans to appreciate.

“You’ve got to have something in there for everybody,” said Kirshen. “When you’re doing a DC project for the core fan, the mass market, or both, you’ve got to work in some insider baseball jokes in there.”