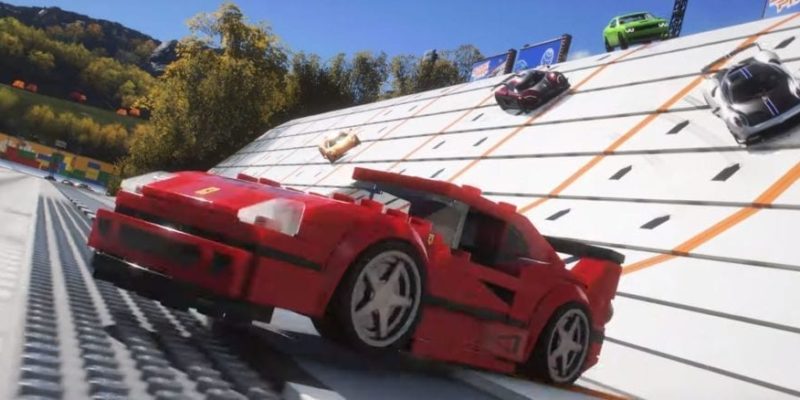 At the Xbox E3 2019 Media Briefing, Forza Horizon 4 got a few moments on stage to unveil its next expansion pack: the LEGO Speed Champions pack.

Following in the footsteps of the wild and very unexpected Hot Wheels pack for Forza Horizon 4, the new LEGO Speed Champions expansion once again turns the world of Horizon up on its head.

The new pack adds a variety of LEGO-themed versions of real-world vehicles, including as its poster car the McLaren Senna. Other new vehicles include the 1967 Mini Cooper S Rally, and Ferrari F40 Competitizone. In addition to that, the expansion adds a whole new area called LEGO Valley, which has landscape made out of LEGO bricks. That means you can now tear through the destructible terrain with bits and pieces of LEGO bricks flying everywhere. There will be new LEGO Brick Challenges, Bonus Cubes, and 31 additional achievements.

LEGO Speed Champions will build its way into Forza Horizon 4 in just a few days — on June 13.

If you own the Ultimate Edition of Forza Horizon 4, you’ll be able to gain access to the new expansion at launch. For those of you without that, this expansion can be obtained by means of the Expansion Pass, the Ultimate Add-Ons Bundle, or by outright purchasing the pack for $19.99. If you’re a member of Xbox Game Pass, that will land you a 10% discount off of your purchase.

Here is the reveal trailer which shows off all the insane action of the new pack in motion, playing to the tune of “Everything is Awesome” from the original LEGO Movie.

Fun fact: there have been actual arcade-style LEGO racing games in the past, fittingly dubbed LEGO Racers. It’s been several years since that franchise has been active, so this new pack for Forza is essentially like a modern revitalization. No doubt, fans of either series likely didn’t see this coming.