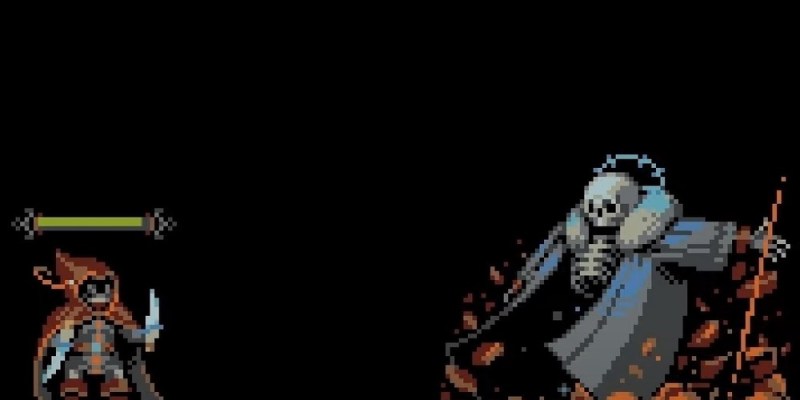 Loop Hero is Devolver Digital’s next game and it is coming out very soon. To mark the occasion, a new gameplay trailer came out today to coincide with the announcement of the Loop Hero’s release date. For those unfamiliar with the project, Loop Hero is an old school adventure game developed by Four Quarters, which is a small four man team based out of Russia.

Four Quarters has developed only one other game, which is a puzzle game titled Please Don’t Touch Anything. It is very clear from that game’s description that the studio is a perfect fit for publisher Devolver Digital. The game has a quirky and sarcastic sense of humor that meshes with the infamously out of left field publisher like a glove. Loop Hero already looks like a big step up visually from the previous game as well.

Although the game’s overworld still has a retro era art style, its character portraits and animations are full of life and personality. The tone of the game seems to be one part Castlevania and one part Berserk as players are put in a world that has been thrown out of time by an evil lich. Players will manage decks of cards as they move along maps and position enemies, buildings, and terrain to reach their goal. That goal being to restore the memories of the playable character. You can see more in the Loop Hero gameplay trailer below.

Each path the player travels on is randomly generated, and players must prepare carefully in order to survive. And with victory come the spoils. Players can earn loot, new cards, and even expand their party with characters they meet along the way. The game releases very soon on March 4, and you can wishlist the game on Steam right now. Better yet, a demo has also been released to go with today’s trailer which you can try out right now.

Metro Last Light: Redux and For The King free on the Epic Games Store