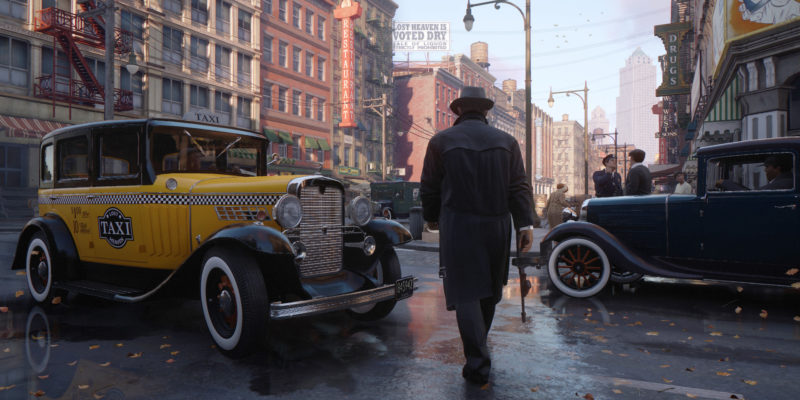 It’s been ages since I played the original Mafia. Developed by Illusion Softworks and released in 2002, it was something that my cousin and I thoroughly enjoyed. It helped that we’re both massive fans of the Grand Theft Auto games too. Fast forward and Illusion Softworks/2K Czech became part of Hangar 13. The studio that crafted 2016’s Mafia III now brings us Mafia: Definitive Edition, a remake of the first game in the franchise.

Granted, this technical review only talks about the title’s graphics, controls, and various settings. We won’t get into the nitty-gritty of the gameplay and story. Still, Mafia: Definitive Edition delivers more than just simple nostalgia despite a few rough edges. 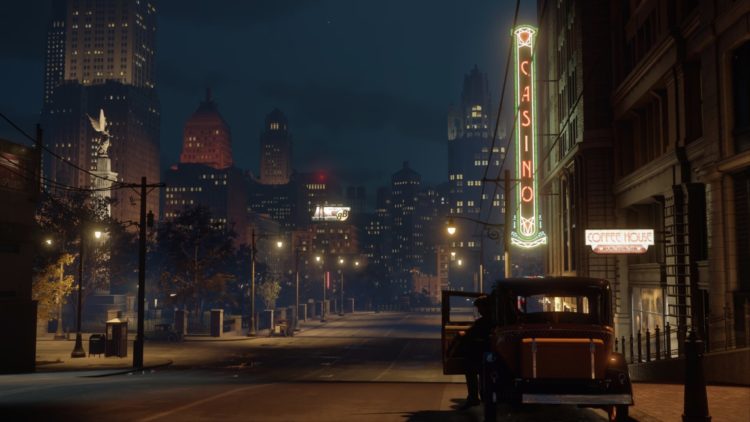 The system requirements come from Mafia: Definitive Edition‘s Steam store page. I’m a bit behind when it comes to the GPU, although a GTX 1080 and a GTX 1070 Ti aren’t that far apart. I did wonder how my rig would fare considering that my display has a native 3840x2160p (4K UHD) resolution, and I wouldn’t want to drop down to 1080p. 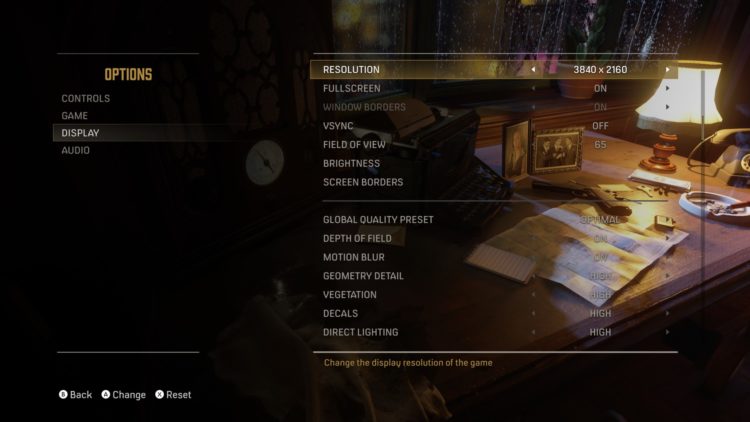 You can see some of Mafia: Definitive Edition‘s graphics settings above. There are also more options such as field of view (FOV), depth of field, shadow quality, anti-aliasing, lighting, and more. The game also has global quality presets such as low, medium, high, and optimal. I believe the optimal preset takes your GPU into consideration because that’s what appeared for me via a launcher when I started the game. 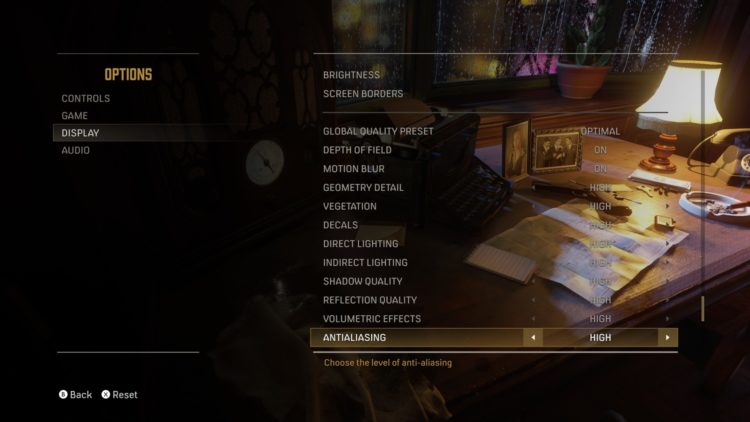 In all honesty, a remake such as Mafia: Definitive Edition blows the original out of the water in terms of graphics alone thanks to numerous improvements. The 1930s/Great Depression-era city of Lost Heaven is rendered in striking and vivid detail.

Characters are also more lifelike, and, in cutscenes, you could see Tommy Angelo’s expressions and model textures down to his pores and stubble. He’s got that young Dylan McDermott vibe going. 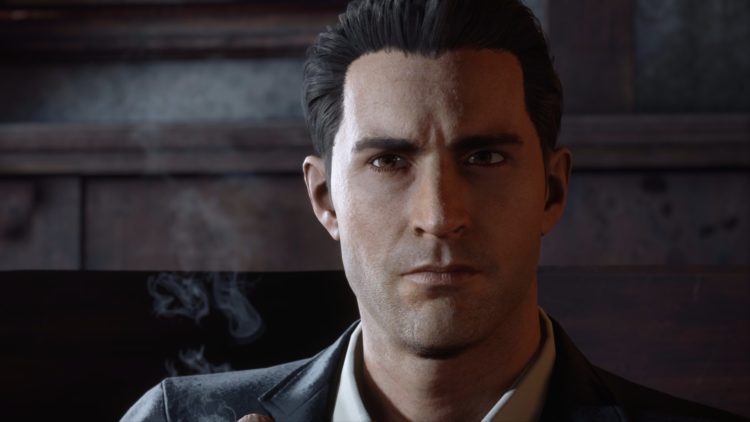 To give you a better idea, I’ve included a couple of videos to compare the two games. First, here’s Mafia: Classic‘s intro and opening chapter from YouTuber Willzyyy:

Next, here’s Willzyyy’s video of the same intro/chapter from Mafia: Definitive Edition:

Next up, let’s talk about the various presets in Mafia: Definitive Edition and how the visuals would look. I used the low preset and optimal preset (which, coincidentally, had multiple options switched to high). As usual, click on each image below for a larger view. 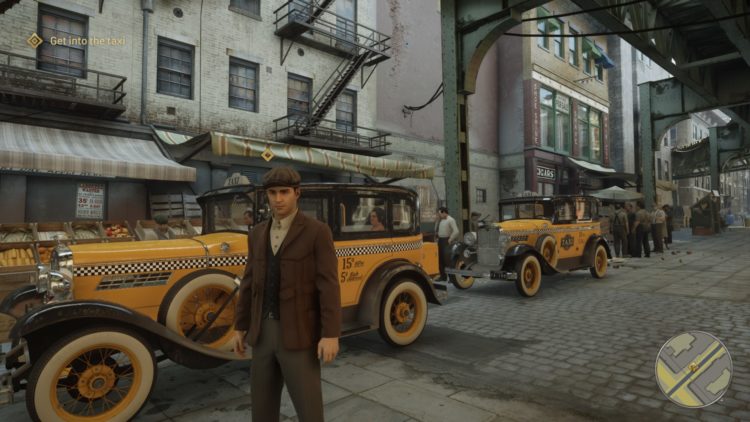 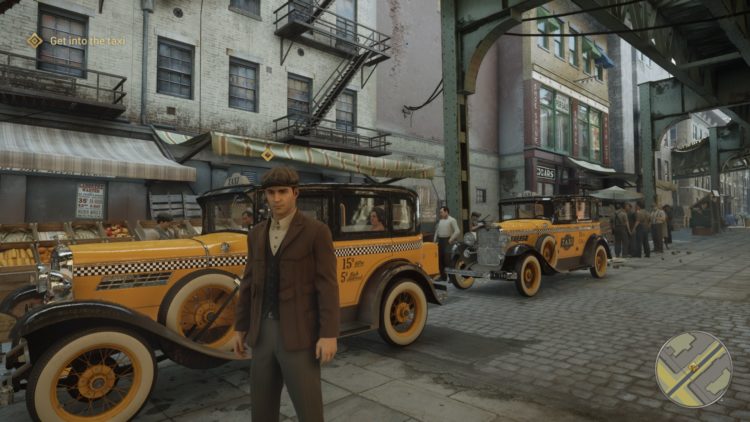 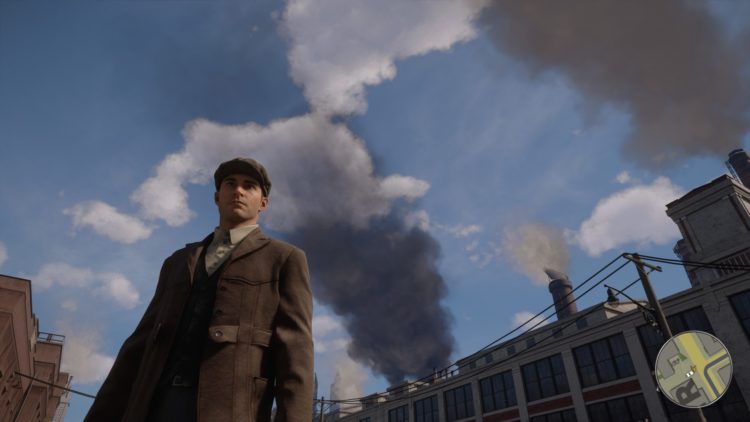 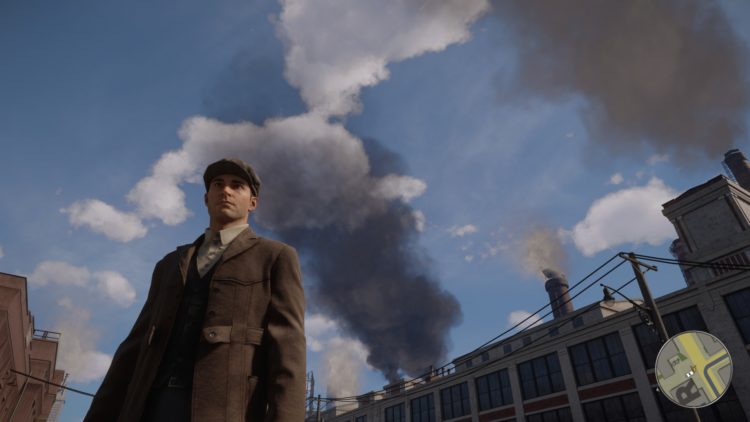 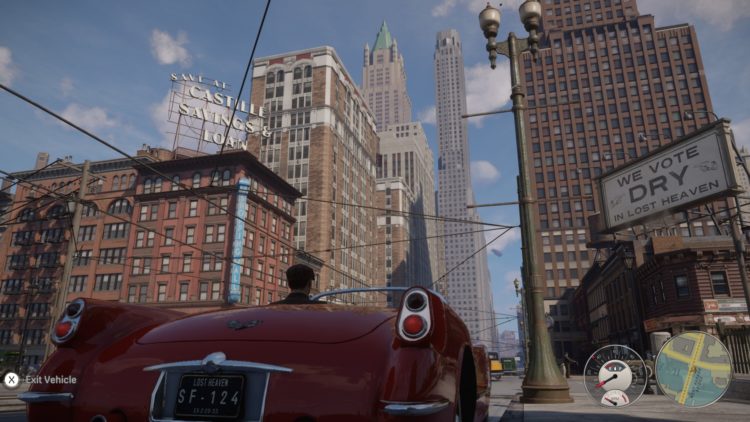 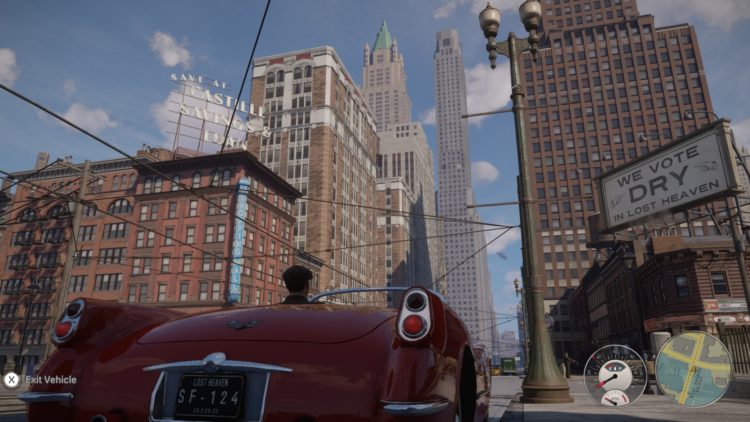 Mafia: Definitive Edition‘s character models are still decent even if you switch to the low preset. Still, the most obvious downgrades are the textures and shadows. They tend to look quite rough and jagged if you look closer. Of course, lightning is significantly better if you increase its quality.

However, a more pressing issue does need to be addressed. Regardless of your selected preset, distant sceneries in the game will either lead to object pop-in or blurred textures. You can check this in the third set of images with the two skyscrapers. They stand out not because they’re towering buildings, but because they look like out of place cardboard cutouts.

Using 3840x2160p resolution and the optimal/high settings, I was able to get around 30 FPS (sometimes lower). This was quite a bummer, but it’s understandable given that I was slightly below what’s recommended for GPUs (that GTX 1070 Ti vs. GTX 1080 part), and that’s for 1080p.

If I do switch to the medium preset, I’d get a more stable 30 FPS experience, although it’d never hit 45 FPS at all. I could sacrifice quality for performance by dropping down to 1080p, but I figured it wasn’t necessary since I’m playing a single-player action game anyway. I’d much rather take in the scenic sights of Lost Heaven in 4K. 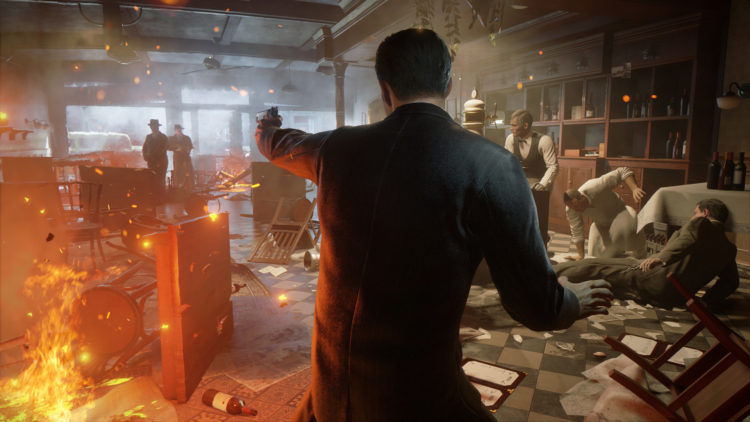 Below, you’ll see the control settings. If you click on Controller Settings, that doesn’t show you an in-game method of tweaking your input. Rather, it opens Steam’s controller configurator (the configuration itself was made by Hangar 13) and you could make some changes accordingly.

Now, if you want to know why Keyboard Remapping is greyed out, it’s because I have a gamepad plugged in. Yep, the controls are probably the clunkiest aspect of Mafia: Definitive Edition and one that deserves to be highlighted in this technical review. 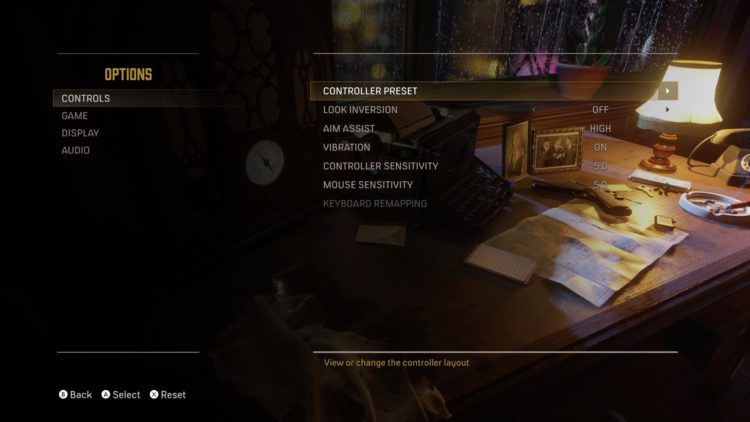 Okay, so, I’m unable to check my keybinds if a gamepad is plugged in even if gamepad and mouse/keyboard inputs are enabled at the same time. Driving controls feel a bit janky too. I thought it was because I had the “realistic” setting active, but it turns out I picked “arcade” mode. It didn’t make sense for cars to feel so cumbersome despite being from the 1930s.

For the record, I prefer to play these types of games using a gamepad. I tried with a Logitech F310 and a PS4 controller, even tweaking the sensitivity a bit. Sadly, things felt unwieldy, and the start button would sometimes stop working so I couldn’t open the menu or map. In the end, I just used a mouse and keyboard. Funnily enough, the UI still showed gamepad button inputs. 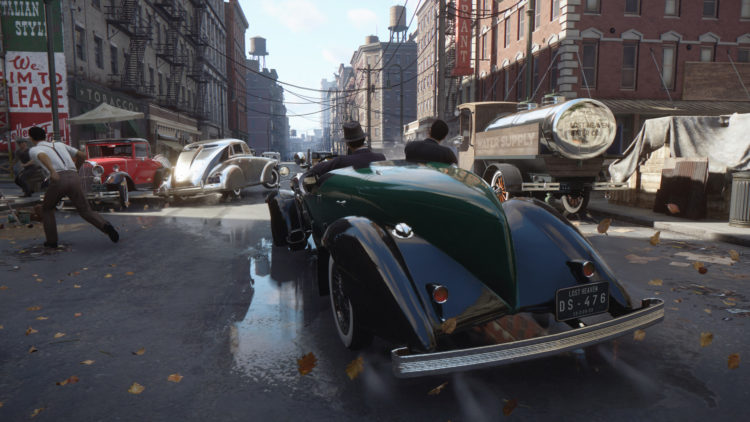 Finally, we’ve got Mafia: Definitive Edition‘s gameplay and audio settings. For the gameplay settings, my only gripe is that there’s no way to completely disable the HUD (or including a photo mode). This title would’ve been perfect for those who are looking to capture those perfect moments from a distinct time period. 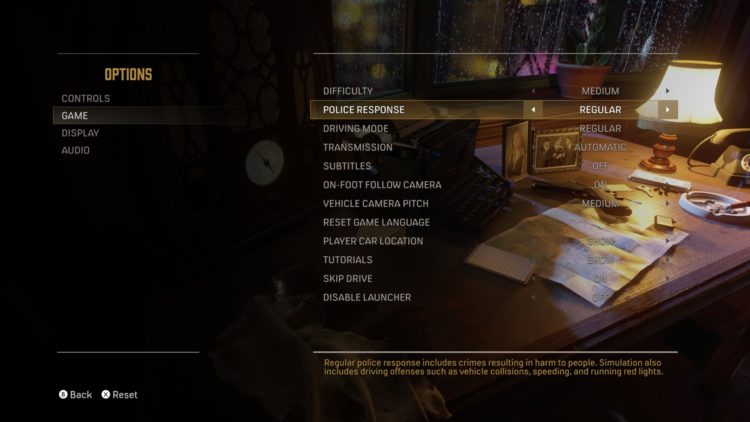 As for audio, I don’t really have any complaints. The old-timey soundtrack and radio shows were great, and sound effects such as tire screeches, gunfire, and ambient hubbub didn’t pose issues in my experience. 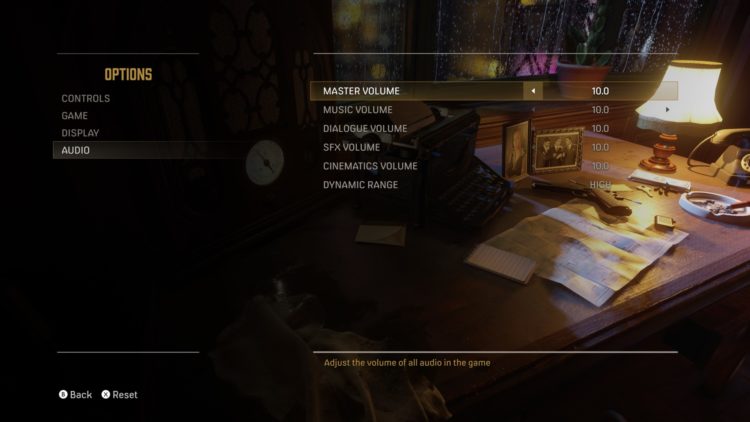 Barring the issues I had with controls and the occasional object pop-in that got in the way of immersion, Mafia: Definitive Edition still manages to excite. After a few hours of playing, I recalled all the fun moments I had when my cousin and I played the original almost two decades ago.

The remake from Hangar 13, despite having a few rough edges, brings this classic to the forefront for a new generation to experience. This trip down memory lane doesn’t just have nostalgia to keep you entertained. It’s also got quality visuals, impressive lighting, enhanced effects, numerous improvements, and action-packed moments that’ll keep you on the edge of your seat. Mr. Salieri definitely sends his regards. 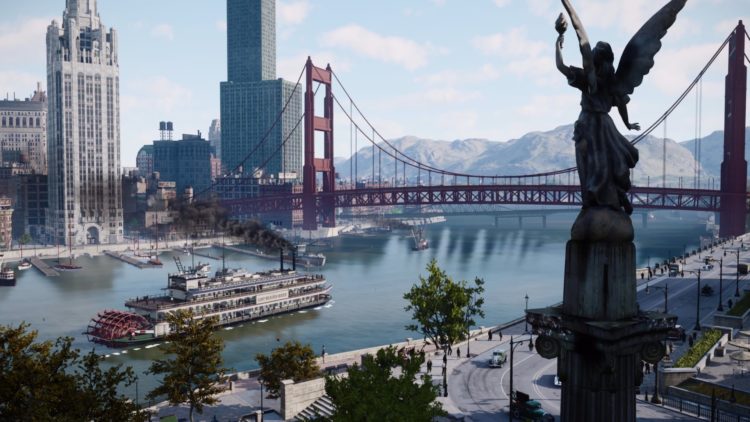 By Blake Grundman2 days ago
Tech