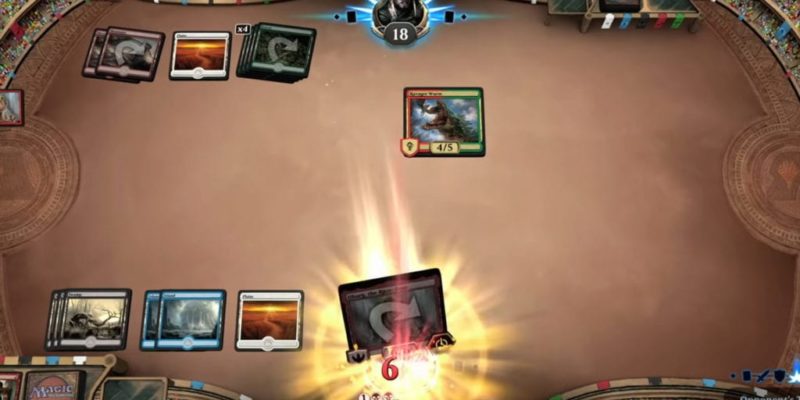 Magic: The Gathering is the oldest collectible card game around. With over 25 years under its belt, Magic has seen at least 56 expansion sets — depending on how you count them. Between the sets, tens of thousands of unique cards have been printed, making it one of the largest card games to ever exist. Not only is it one of the largest, but it’s also one of the most complex. Magic is, statistically, the world’s most complex game. Fret not, though. We’re here to guide you through the basics of Magic, using the latest and greatest desktop client, Magic: The Gathering Arena. If you’re wondering how to play MTG Arena, this one’s for you.

For those who have never played a CCG before, we’ve put together a glossary of terms at the bottom of the page. If you’re unclear about what a particular word means, make sure to check there. Also, if you’re brand new to Arena, be sure to read our quick-start guide.

How to play MTG Arena: the basics

Magic: The Gathering has a variety of formats, each with their own particular focus. For the purposes of this guide, we’re focusing on MTG Arena, which has two main formats.

Before getting to that, though, we have to talk about the basics of Magic: It’s a card game where two players will take turns casting spells. Each player starts with 20 life points, and the first player to reach zero life points loses the game. Alternatively, if a player goes to draw a card and there are no cards in their library, they lose the game, too.

In most cases, you’ll diminish your opponent’s life total by attacking with creatures. Unlike in games like Hearthstone, you can’t choose to attack opposing creatures. Instead, you can only attack your opponent directly, and they can choose if they want to block or not. 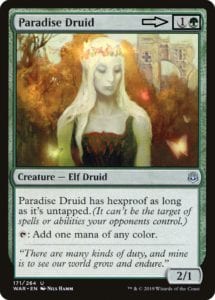 Magic is a game of attacking and blocking, but it’s also about resource management. Each card in the game has a mana cost, which notes how much mana you’ll need to spend for the card, as well as the specific color or colors of mana. The cost of a card is noted in the top-right corner. For example, to the right is the card “Paradise Druid.” It has a mana cost of two, which is made up of one mana of any color and one green mana.

You can use mana by tapping lands, which is where resource management comes into play. There are five colors of Magic, and each color has a basic land that produces that kind of mana. Islands produce blue mana, swamps produce black mana, mountains produce red mana, forests product green mana, and plains produce white mana. 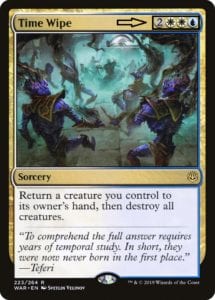 You’re only allowed to play one land per turn, unless you have a card that says otherwise. Using “Paradise Druid” as an example again, we could cast it if we had a mountain and a forest, but we couldn’t cast it if we had two mountains. That’s because we need one green mana and one mana of any color.

To further drive this point home — it’s often one of the most confusing for new players — there’s another example to the left, “Time Wipe.” This card requires two mana of any color, two white mana, and one blue mana, bringing the total converted mana cost to five.

Now that you know how to cast spells, it’s time to learn about the different types of spells you can cast. Although there are multiple card types in Magic, they can be broken down into two broad categories: spells and permanents.

Spells are cards that go to your graveyard after resolving. “Time Wipe,” for example, is a spell, so after the card has been resolved, it goes into your graveyard. Permanents, on the other hand, stick around on the battlefield. “Paradise Druid” would be considered a permanent. 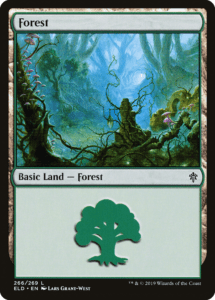 As described above, lands are the most important aspect of Magic. They’re permanents, and you’re only allowed to play one per turn. Lands “tap” (or activate) for one mana corresponding to their color, and they don’t “untap” (deactivate) until your next turn.

Basic lands — the five lands that tap for a single mana — enter the battlefield untapped and can be used right away. There are some special lands that either have abilities or tap for multiple colors that may enter tapped, meaning you’ll have to wait until your next turn to use them. 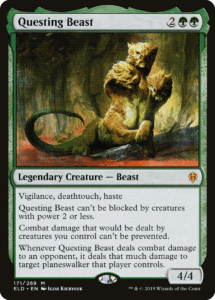 Creatures are permanents, as well. The main attributes are their power and toughness, which will be used to resolve combat (more on that in a later section). All creatures are affected by something known as “summoning sickness,” which means the creature can’t attack the turn it’s played. 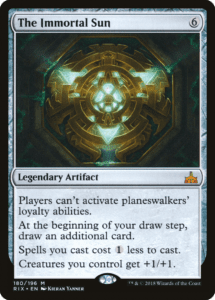 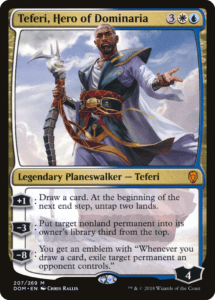 Planeswalkers are the last kind of permanent, and they’re complex. They enter the battlefield with a certain amount of loyalty based on the number on the bottom right corner. You can activate the abilities of the planeswalker by spending loyalty. However, you can only activate abilities if you have enough loyalty to spend.

Once a planeswalker reaches zero loyalty, it is removed from play. Planeswalkers are the only permanent type that can be attacked directly, and a loyalty counter is removed for each point of damage that hits them. That said, there is still a chance provided to block the attack. 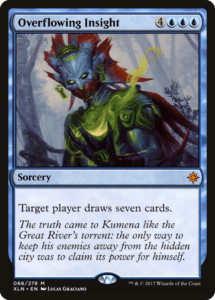 Sorceries are spells that can only be cast during your main phases. Unlike the previously mentioned card types, sorceries are not permanents, meaning they go to the graveyard after resolving. 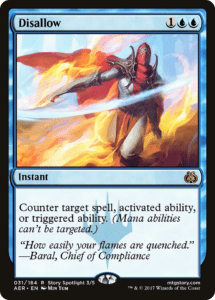 Magic is made up of five colors, each of which has its own identity. We’re going to cover the five below, but you can also combine them for a unique identity. For instance, Golgari colors (black and green) focus on using death as a resource to generate mana, while Azorius (white and blue) focuses on law and order. 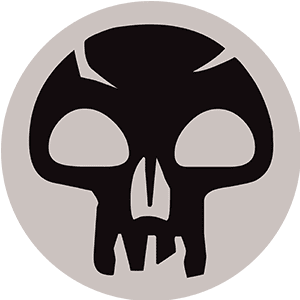 Black is the color of death in Magic. This is the color where you’ll find discard spells, unconditional creature removal, and card draw spells where you pay life to draw cards. Black is usually concerned with the graveyard, too. Creatures in black usually don’t have high power and toughness, but they come with abilities that make them more powerful. 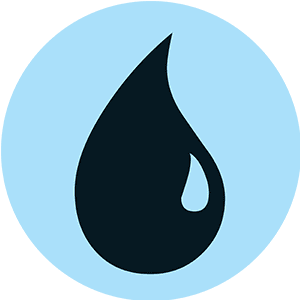 Blue focuses on controlling the game. Spells focus on drawing cards, returning creatures to their owners’ hands, tapping or untapping permanents, stealing permanents, and countering spells. Most blue spells can be played at instant speed, allowing you to react to what your opponent is doing. 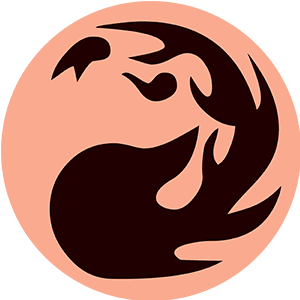 Red is the color of chaos. The cards are usually aggressive, allowing you to deal direct damage to an opponent or attack on the same turn you cast a creature. Additionally, red is well suited to destroy artifacts and lands, though it struggles to deal with enchantments. 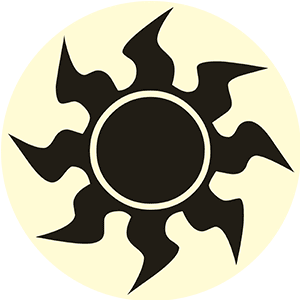 White is the color of balance. The cards focus on gaining life and restoring order to what’s happening on the board. You’ll find cards that kill all creatures, removal spells for artifacts and enchantments, and life-gain spells in white. Additionally, white features “taxing” effects, where an opponent will have to pay mana to take certain actions. 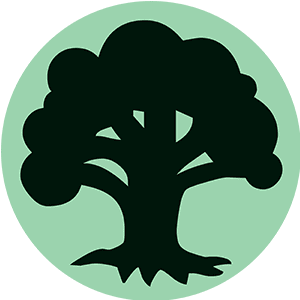 Green is the color of nature. Green spells focus on generating mana, gathering lands, and playing huge creatures. Green is also well-equipped to deal with artifacts and enchantments, though it struggles to deal with creatures.

Like with most card games, there are a series of phases you’ll go through on your turn when playing Magic. Most of the heavy lifting is done for you with MTG Arena, so you don’t have to worry about the phases too much when starting out.

We’re going to provide a brief description of each phase, but the greatest takeaway from this section is when you can play cards. During your turn, you’ll have two main phases, one before combat and one after combat. These phases are when you can play spells and lands. You can’t, for example, play a creature during combat.

The exception are instants, which can be played at any time. You won’t be able to play any cards except for instants unless you’re in your main phase.

When you play cards in Magic, they go on the stack before resolving. Essentially, the stack allows an opportunity for your opponent to respond to a card or action before it happens. For example, if your opponent casts a card that gives a creature +2/+2 and you have a removal spell, you may choose to cast it before the original card resolves.

The stack can get very complex. In fact, The Command Zone dedicated an hour-long podcast with a Magic judge to talking about it. Even so, it’s important to know the basics. The stack works on a first-in-last-out basis, meaning the first card or ability that makes it to the stack is the last one to resolve.

Using our example above, the +2/+2 spell would resolve after the removal spell, and since it has no target — the removal spell killed the creature, after all — it wouldn’t resolve at all. That’s a very basic example of the stack, but it can get complex. Still, if you remember the first-in-last-out idea, you’ll be fine.

When describing phases above, we lumped combat into one phase, but it’s actually multiple: beginning of combat, declare attackers, declare blockers, damage, and end of combat. The first and last are usually skipped over, but the middle three are very important.

You’ll move to combat, and when you do, you’ll declare your attackers. After that, your opponent declares which creatures they want to use to block. Finally, damage is assigned, and it’s all done simultaneously.

As mentioned, creatures have two stats: power and toughness. Their power indicates how much they attack for. For example, the card Bristling Boar has a power of four, meaning it attacks for four damage. The toughness indicates, well, how tough the creature is — how much damage it can take. If a creature’s toughness ever falls below zero, the creature dies. 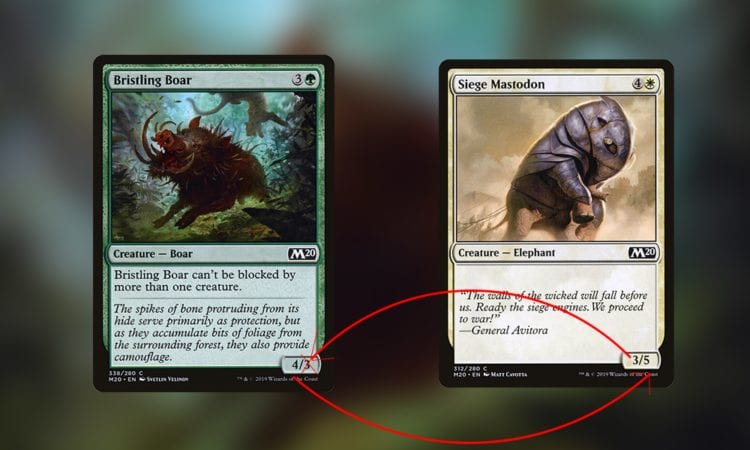 When a creature blocks, damage is assigned in a criss-cross pattern. So, creature A’s power goes against creature B’s toughness and vice-versa. For example, if Bristling Boar attacked and Siege Mastodon blocked, the Bristling Boar would die while the Siege Mastodon would survive with one health point remaining. Its health would replenish at the end of the turn.

How to win at MTG Arena

With the basics out of the way, the best path to victory is practice. Magic: The Gathering is a game of odds, so the more you play, the more you’ll win. There’s plenty of strategy to mull over, but at the end of the day, you’re at the mercy of your deck. Even the most esteemed pros struggle to make a 70% win rate.

The best thing you can do is thoughtfully build your deck, taking into consideration your mana curve and power of spells, and constantly focus on where you can improve your game. Practice makes perfect, and that’s true for MTG Arena.

Magic is a complex and diverse game, but we hope this beginner’s guide has you set on the right track. If you have any questions, or if you want to see more in-depth Arena guides, let us know in the comments below.