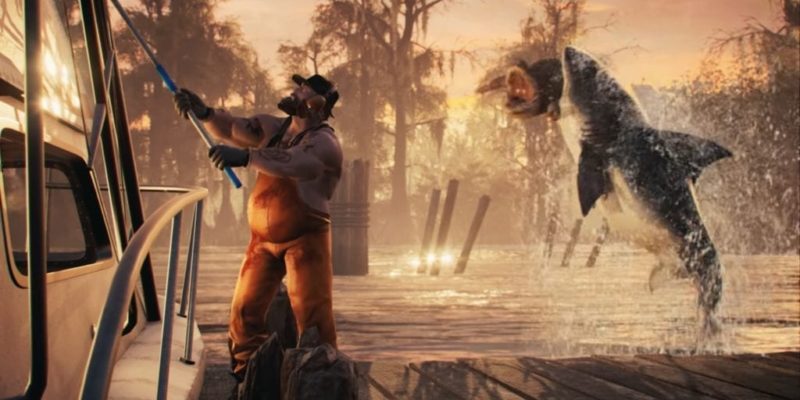 Tripwire Interactive has released the first trailer for its shark RPG Maneater. In the game, you play as a shark, hunting humans and filling your belly in and around the Gulf Coast. The trailer shows off not only the shark’s power and stealth abilities, but also the humans who plan on turning your teeth into a necklace.

Indeed, Maneater is, at its core, a tale of revenge. No, you’re not doing the revenging. As a shark, you’re basically an unstoppable killing machine, but your rampage has created an unforeseen consequence. A man named Scaly Pete, antagonist and star of the show Shark Hunters vs Maneaters, is on your tail. He’s out for revenge for his father’s death to a shark, and now he’s preparing for you to die. The trailer features Pete as he farts around on his boat and, um, scales a fish. He’s not exactly all that intimidating, but that doesn’t mean he should be taken lightly.

In this tale of revenge, players can take on the role of an ever-evolving shark and terrorize the coastal waterways, tearing swimmers and divers limb from limb, giving the humans a reason to fear what lies below. Immersed in a living, breathing world full of threats and rewards, players will have a vast world to explore sunken wrecks, lurk in swamps, or cruise the open ocean looking for their next unsuspecting meal. As your shark evolves customize your maneater to fit YOUR play style. Eat, Grow, Evolve. 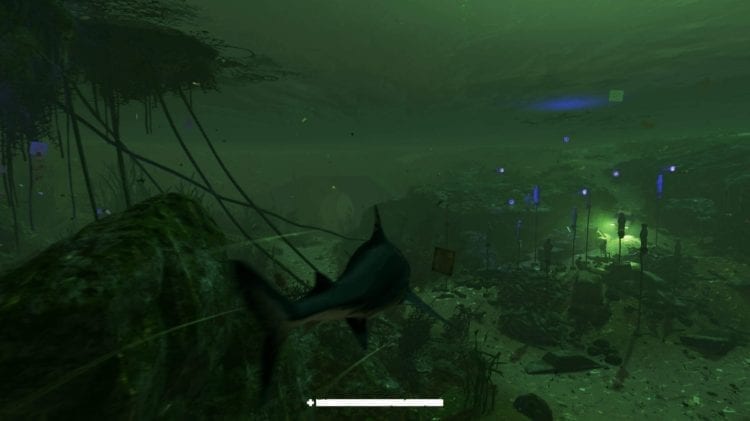 Maneater is an RPG, and like many games in the genre, you begin at level one. In this case, you start the game as a baby bull shark and, over time, progress to the ultimate killing machine. You must survive dangerous waters, from open oceans to rivers and swamps.

The game also stars Chris Parnell. In the game, he’s the host of the Shark Hunters vs Maneaters show. For those of you who don’t recognize the name, Parnell has been a part of Saturday Night Live, as well as Rick and Morty, where he plays Jerry Smith.

Maneater doesn’t have a launch date scheduled just yet. When it does come out, the game will arrive on The Epic Games Store exclusively for a year before going to other platforms.