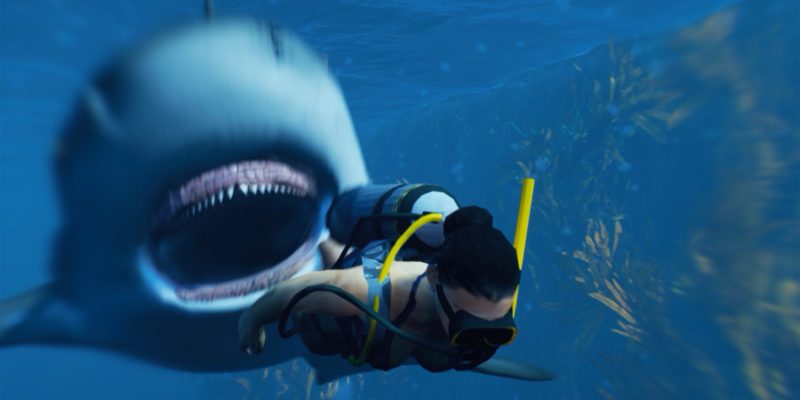 Maneater, the open-world shark simulator that lets you swim and kill off the coast of the Gulf Coast, got a release date at The Game Awards 2019 just a few hours ago. This is the first trailer that shows the release date, following multiple showings at various game shows. Developed by Tripwire (Killing Floor 2), the game will release on May 23, 2020 on Steam. You can view the trailer below.

Maneater is an open-world action RPG that puts you in the shark living in the waters of the Gulf Coast. It’s a single player experience where you’ll use anything at your disposal to survive. You can role-play and customize your shark as you go, starting as a baby and growing  into a beast to be reckoned with. In addition to improving parts of your body, you can hunt down swimmers and divers to tear their limbs apart.

At The Game Awards, Tripwire announced the game would release on May 22, 2020. However, on the Steam page, the description refers to it as an early access game. It’s unclear right now if the game is releasing fully in May or if it’s releasing into Steam Early Access.

Although there isn’t much known about Maneater other than its main mechanic, it’s being developed by Tripwire Interactive. The studio behind Killing Floor 2 is developing and publishing the game, along with some former members of Digital Confectioners. That team made 2014’s Depth, another underwater game where you play a shark or diver.

Depth is a multiplayer experience, but it shows the expertise that’s going into Maneater. It’s currently rated “overwhelming positive” on Steam. Although the roots are in multiplayer, Tripwire makes it clear that Maneater is going to be a “strictly single-player experience that will challenge and engage the player from start to finish.”

Regardless, with an official Maneater release date, it won’t be too long to see how the game pans out. For the first year after launch, Maneater will be an Epic Games Store exclusive.

Warframe’s Empyrean expansion is out now, and it lets you pilot a ship