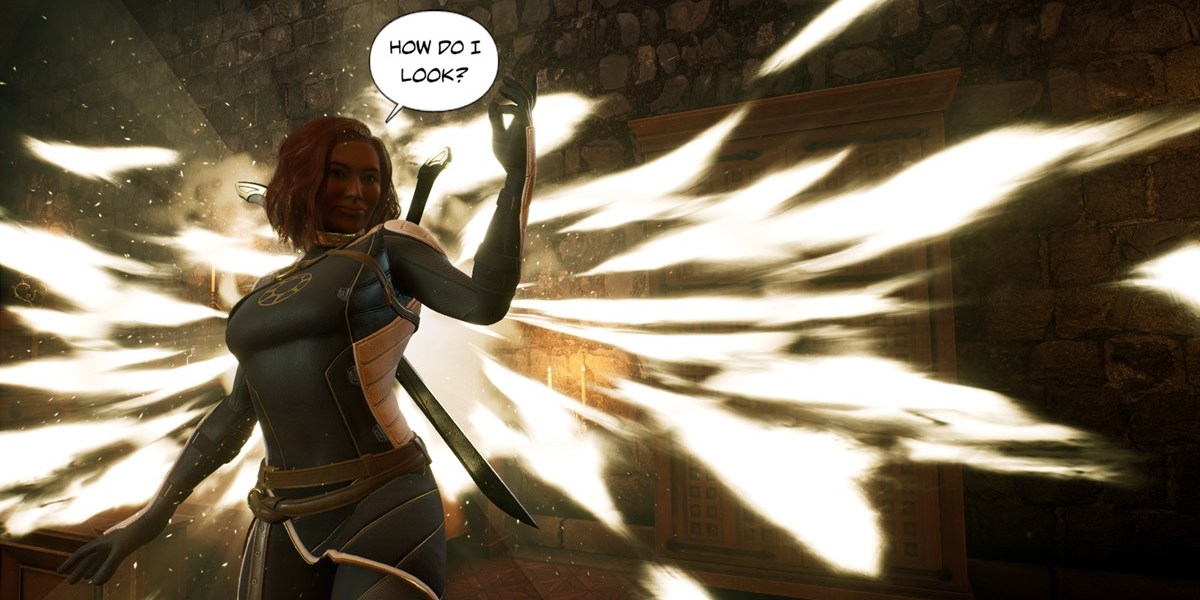 Hero cosmetics and customization options in Marvel’s Midnight Suns can be accessed by pressing “1” (the default key). With the Hero screen open, go to the Customization tab to see another panel. There, you’ll find the following: 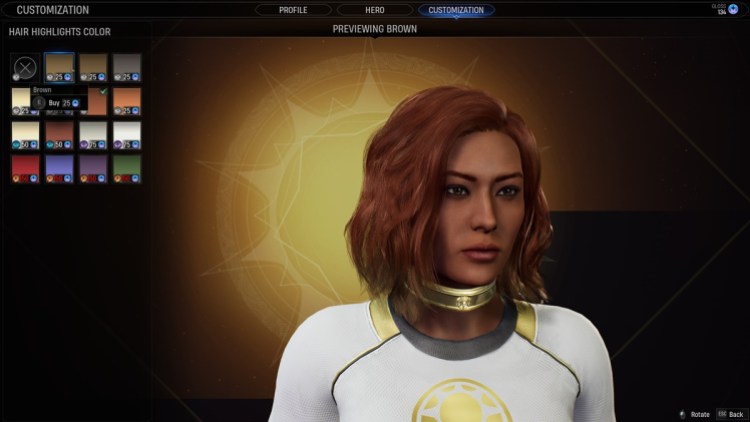 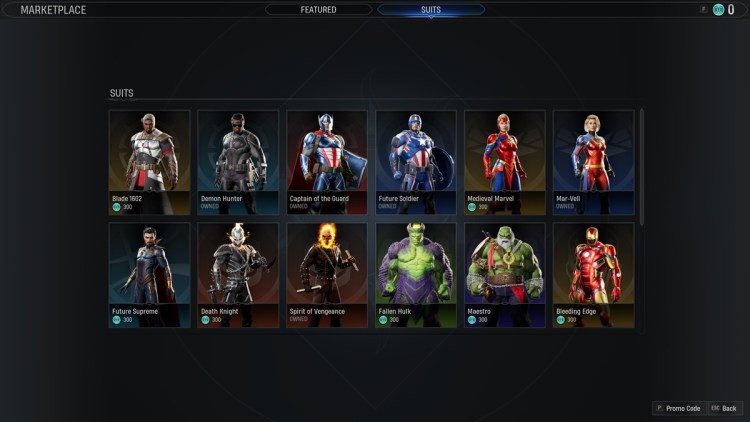 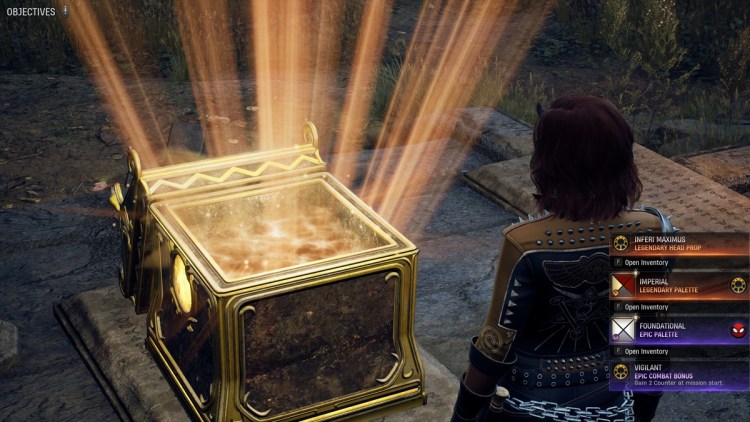 Combat Outfits: The Hunter, your squadmates, and special edition versions 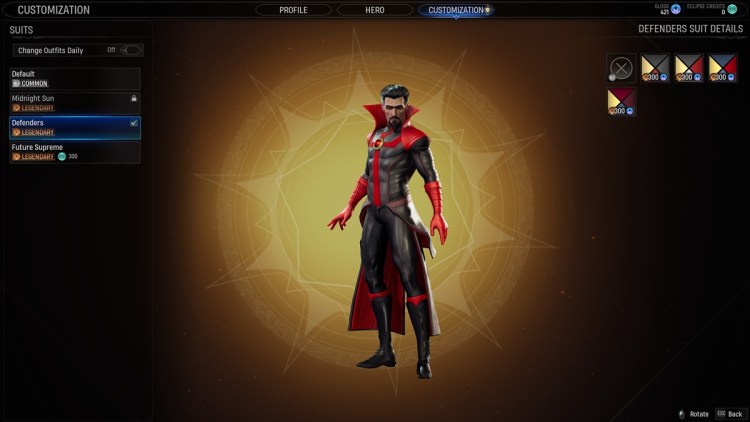 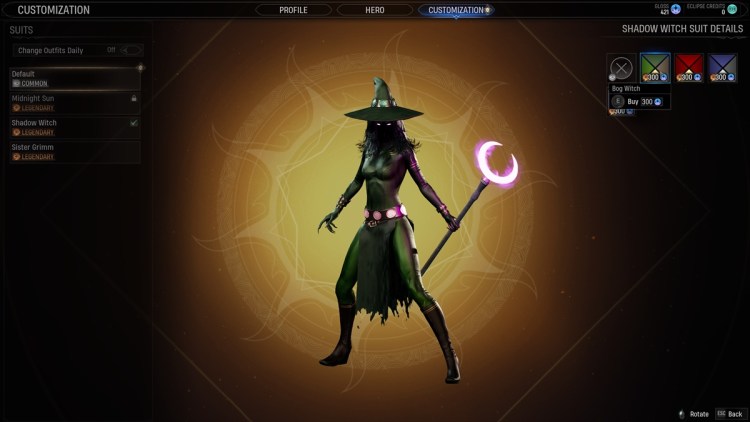