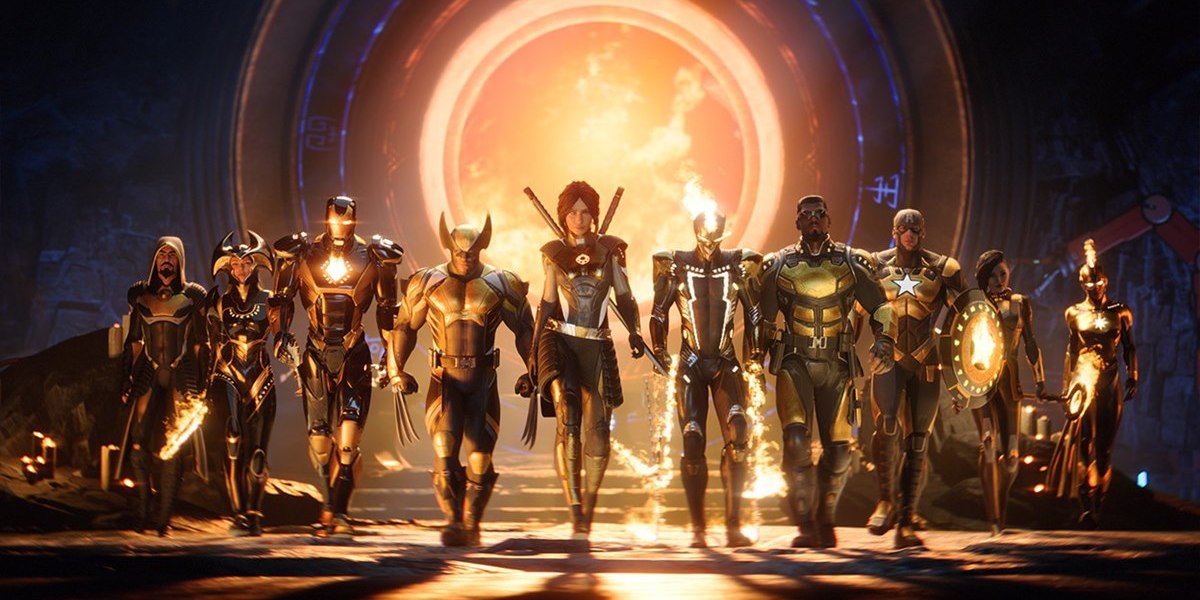 There was a point in time during the course of my Marvel’s Midnight Suns playthrough, roughly 50 hours in, when I was reminded that a review was needed. But that’s not necessarily the reason why the review came out a week after launch. Rather, it’s because I’ve been enjoying my damn time with it.

Made by Firaxis Games and published by 2K, Marvel’s Midnight Suns is a turn-based tactics game in the vein of XCOM, but it features superheroes and has you using cards in combat. It sounds unusual on paper, and yet everything seems to mesh well enough to create an entertaining gameplay loop.

The Mother of Demons and her child

Marvel’s Midnight Suns tells the tale of Lilith, the Mother of Demons, who has finally awoken. The only one who can stop her is the Hunter, basically a custom character you create. Oh, and they happen to be Lilith’s own child. From there, you meet heroes both familiar and fresh, from Avengers like Captain America, Doctor Strange, and Iron Man to the Midnight Suns team comprised of Blade, Nico Minoru, Magik, and Ghost Rider. There are even some surprises down the line.

Truth be told, the narrative can be a little corny, most notably since it follows the usual trope of having superheroes band together to stop an apocalyptic threat. However, this is remedied by being filled to the brim with character personality and references/callbacks. There’s Iron Man’s trademark sarcastic and self-absorbed nature, Captain America’s goody-two-shoes ideals, Magik’s cold and distant reactions, Blade being smooth as heck, and Wolverine being Wolverine.

There’s a lot of banter between characters as well, whether it’s during cutscenes, while you’re talking to them in regular dialogue, or when you overhear them as you’re walking around the Abbey (i.e., your personal hub when you’re not in missions). In fact, the only one who ends up being a bit of a downer is the Hunter, what with wooden voice acting and delivery. Then again, it might be due to them being a blank slate, as they had just gotten revived after centuries of eternal rest. 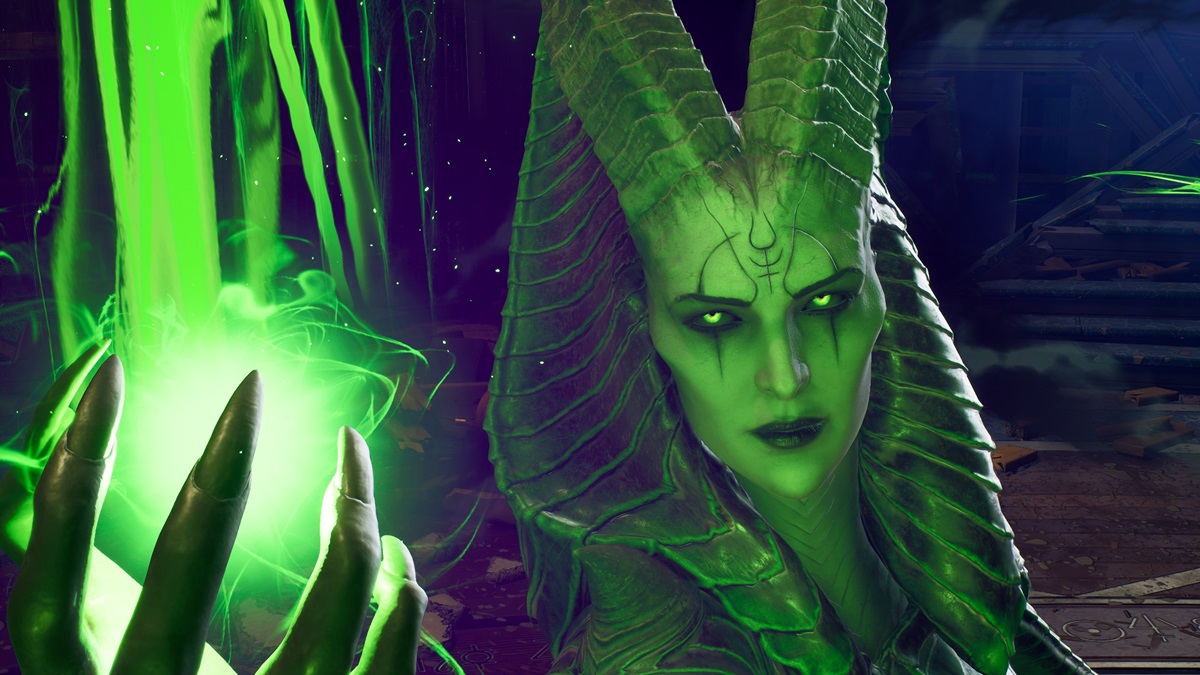 The meat and potatoes of any strategy/turn-based tactics game is the combat. As mentioned earlier, Marvel’s Midnight Suns relies on a card-based system, which is a clear departure if you’ve been playing XCOM or any of the titles that were inspired by it. Other key differences are that you’re no longer advancing across a map to spot new enemies, switching to overwatch while waiting for hostiles to waddle into your sights, the use of hexes/grids, a global timer that counts down, or units moving/attacking only once for the entire turn.

Instead, the action feels more dynamic. An encounter in a mission simply takes place in a smaller area, with all enemies visible. Your three-person squad takes its turn, followed by the enemy squad, and their reinforcements — which might include bosses that you’ve already faced — appear when the round ends. Likewise, you have, by default, a single movement point, but your chosen character can move repeatedly all over the place as long as no other action occurs. Then you’ve got the Card Plays mechanic, which is akin to action points (AP). You have three, which means you should only have three attacks at most. But, here’s where it gets interesting. Actions are broken down into Attack Cards, Skill Cards, and Heroic Cards. There are several cards that have the “Quick” perk, allowing you to refresh your Card Play if you KO an enemy. Moreover, there are foes classified as minions, fodder that die in a single hit, as well as structures in the environment that you can bring down, kick, throw, or detonate.

Furthermore, you’ve got traits like “Free” (i.e., cards that don’t cost a Card Play), and “Knockback” (i.e., you can push a stronger enemy into fodder, or vice versa, and refresh the Card Play if “Quick” is active). Then, there’s the Redraw mechanic, where you can replace a card in your hand with something else, hopefully a power that you can use at that very moment.

Combine all of these with procs/triggers, such as “X effect on KO,” “X effect on Redraw,” or “lower Heroism on X,” and you’ve got plenty of ways to approach each battle. In fact, I’d say that the encounters are like puzzles in their own right, since you need to figure out how to eliminate as many opponents as possible in a short span of time, lest you’re overwhelmed by reinforcements or fail the objective. 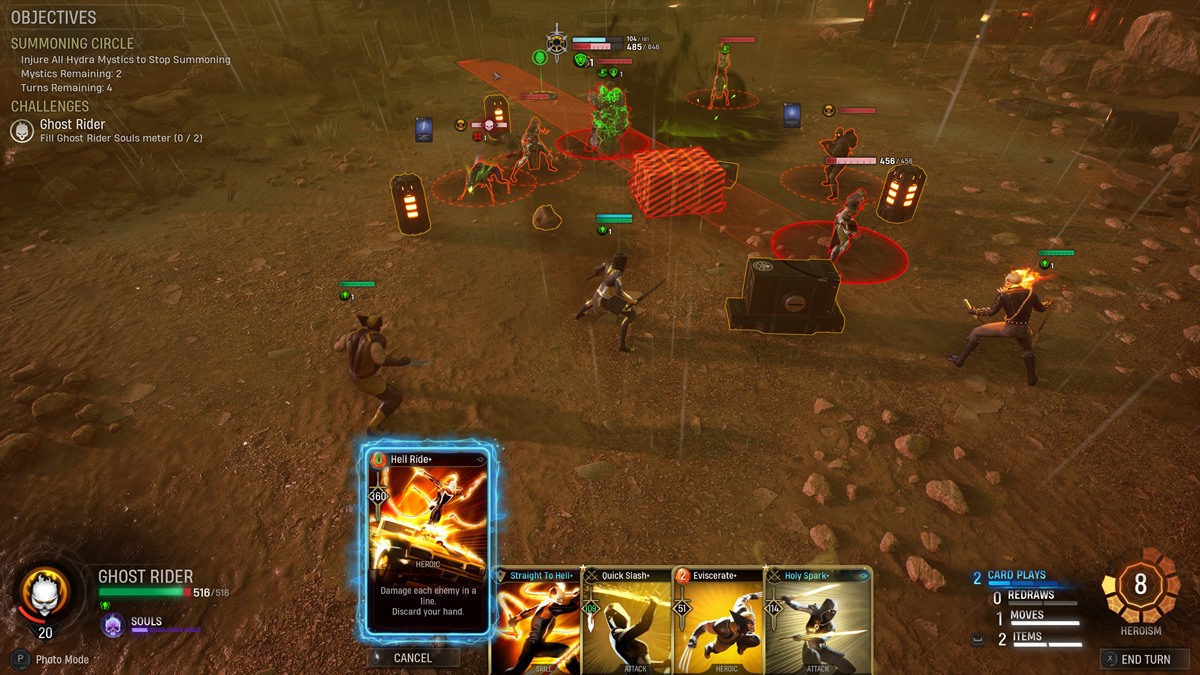 The combat system of Marvel’s Midnight Suns is good enough as it is. Every hero brings something unique to the table, whether it’s Ghost Rider unleashing the fury of hell at the cost of his HP, Magik sending enemies through portals or summoning a fourth team member, Captain Marvel using her cards until she can “Go Binary” to boost her damage, Captain America providing everyone with block value, Nico Minoru’s RNG-dependent spells, Doctor Strange using the Mystic Arts to redraw/buff cards, Wolverine slashing everything he sees and healing himself while he’s at it, or Scarlet Witch causing a bunch of stuff to go boom.

And then you add more functions on the side, such as creating copies of an ability, and combining them to create an upgraded version. With that, you could apply a mod, picking a trait drawn from a small selection pool and giving the card a beneficial effect that you’d want.

Lest I forget, you could also earn Legendary Cards, which are extremely powerful abilities unlocked via a solo, puzzle-type encounter that becomes available when you hit the max Friendship Level with a hero (more on this shortly). That, and how the Hunter has their own Light and Dark Alignment mechanic, which is partly influenced by the Light or Dark cards you use, essentially making that character the most flexible in your entire team. 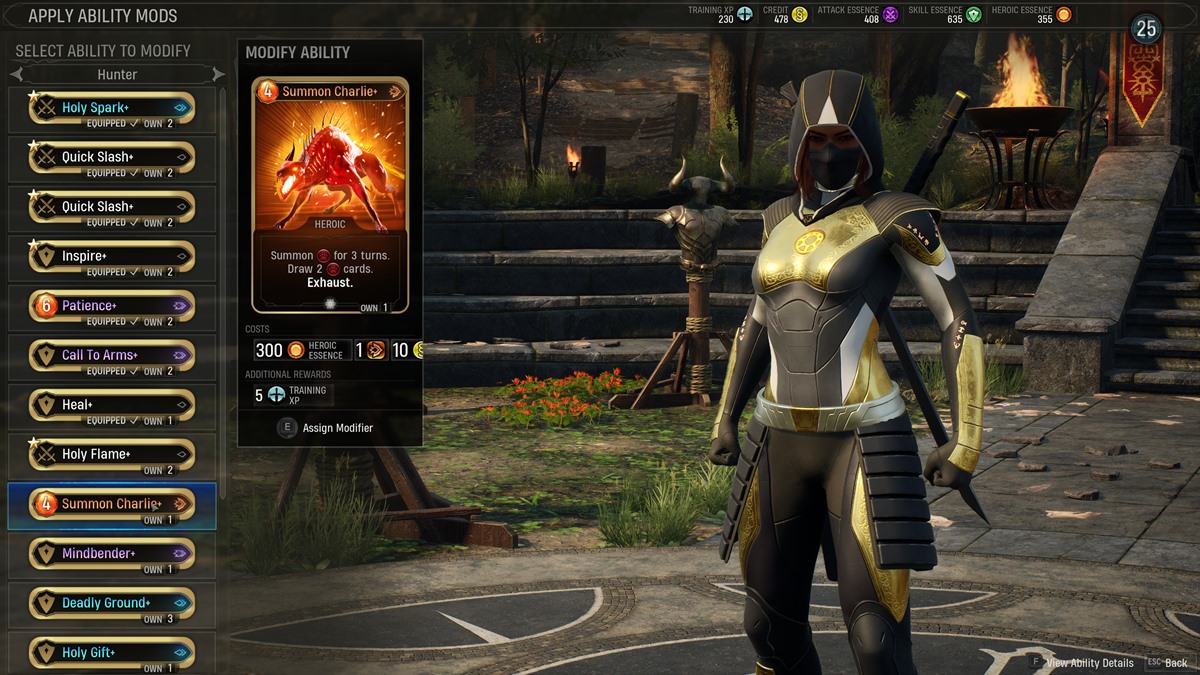 When you’re not in missions, you can buddy up with all the heroes who have joined your roster. Depending on your dialogue choices, you can increase your Friendship Level, causing more boons to appear. The end goal, naturally, is to reach the max Friendship Level (i.e., Level 5), unlocking that hero’s unique challenge for their Legendary Card and Combat Suit.

To rank up, you can invite them to Hangout activities. Alternatively, they can attend ‘haven locations,’ which confer bigger friendship XP modifiers, though each hero is limited to one haven for the entirety of the game. Apart from these, there are Abbey Clubs, or social interactions with a group, as well as Hero Requests, which are minor tasks that provide rewards. These interactions feel quite distinct, not just throwaway lines, but a glimpse into each characters’ backstory. It helps that almost every single dialogue line is fully voiced, too.

Similarly, there are gifts you can offer, which tend to have context clues. Examples include each hero’s comic book, “Made in America” for Captain America, “It’s in Russian” for Magik, anything “goth” for Nico Minoru, some “high-class/expensive” stuff for Iron Man, and “The Unauthorized Biography of Captain Marvel” for Blade… because he’s got a crush on her. 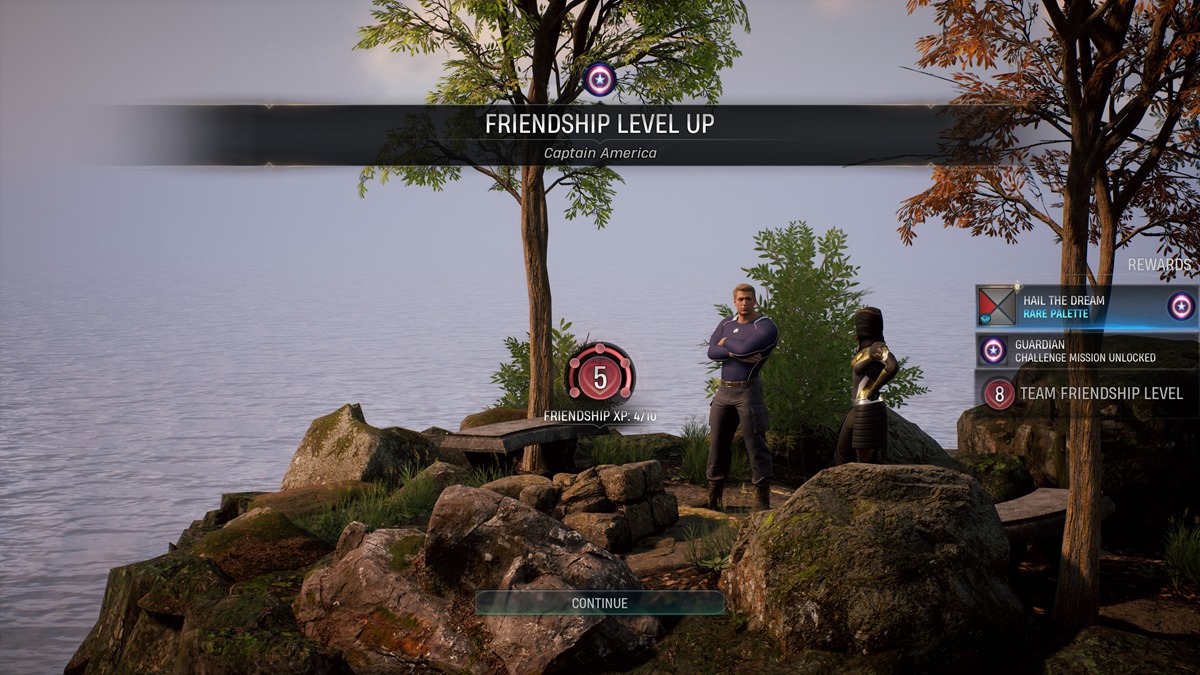 The secrets of the Abbey

It doesn’t stop there, because the Abbey Grounds in Marvel’s Midnight Suns is surprisingly explorable. It isn’t just a hub with some rooms/functions that can be upgraded, or an extra screen or two. Rather, it’s a decently sized environment with areas that hold many secrets.

It’s part of its own arc, that of the history and relationships among Lilith, the Hunter, the Caretaker, and Agatha Harkness. As you venture forth, you’ll stumble upon collectibles that increase your stat, treasure chests with cosmetics, puzzles that require you to collect various magical objects, Tarot Cards that have their own challenge, and Words of Power that let you reach new areas. I was genuinely amazed by this, considering that I didn’t expect several puzzles to be included in this type of game. It’s almost as though it’s a mini-adventure RPG offering in its own right. 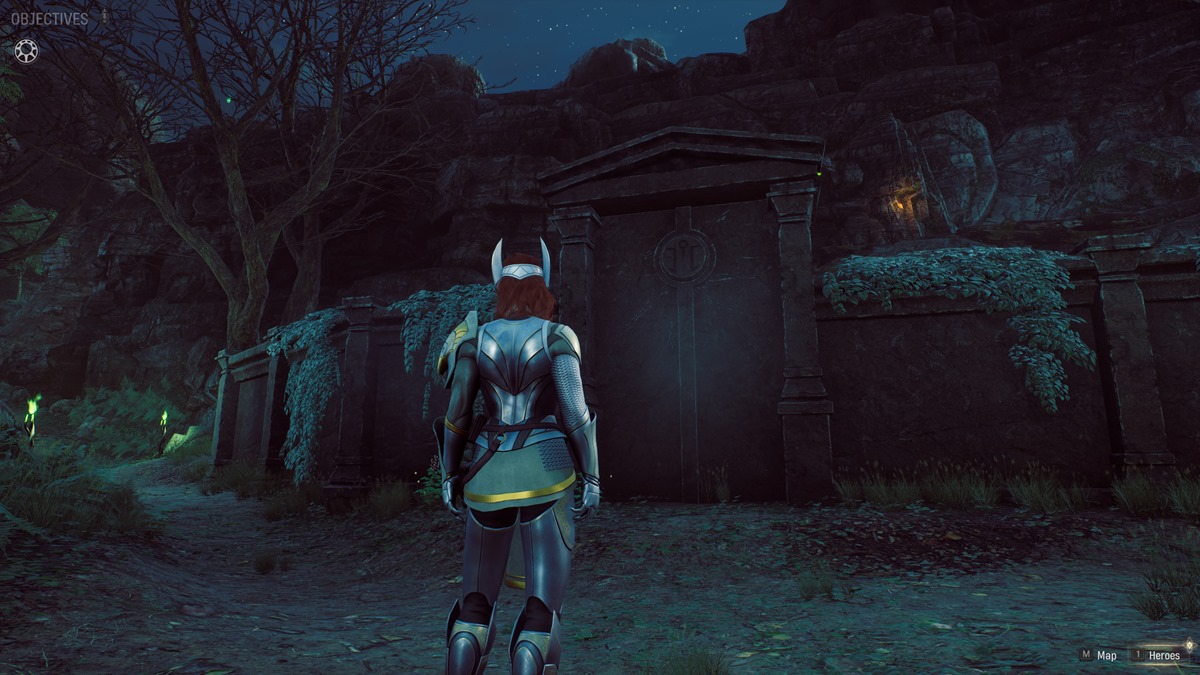 To top it all off, Marvel’s Midnight Suns has one of the coolest Photo Mode features I’ve tried. While you can’t use Photo Mode during cutscenes akin to A Plague Tale: Requiem, you can select different poses a la Cyberpunk 2077 (poses are only changeable while you’re exploring the Abbey). Still, pictures taken during combat are significantly more action-packed, as you’re able to pause at the exact moment of an attack animation so you can get the perfect angle. Additionally, it’s possible to add titles, stinger lines, dialogue/thought boxes, and logos to make it appear as though you’re creating a comic book cover.

Regrettably, the game does have some notable flaws. For one thing, it can feel a bit bloated due to all the currencies and resources. You’ve got three types of Essences (representing the three types of cards), Blueprints for card crafting, Credits to construct improvements, various reagents for alchemy, regular XP and Friendship Level XP, Artifacts for Research Level, Intel for Hero Ops, Arcane Keys for chests, Gloss for cosmetics, and a premium currency to boot.

Likewise, the visuals, while impressive when you look at combat animations, are sadly underwhelming when you check idle animations. There’s also a particular visual bug that occurs with the Concealed (i.e., stealthed effect), where a unit appears transparent even though it’s been discovered. Lastly, I did experience a couple of freezes/crashes while attempting to save manually, but these didn’t seem to bork my files. I only received a code after the game launched. As such, I can’t tell if glaring issues, such as stuttering or being unable to launch the game, had gotten fixed by then. 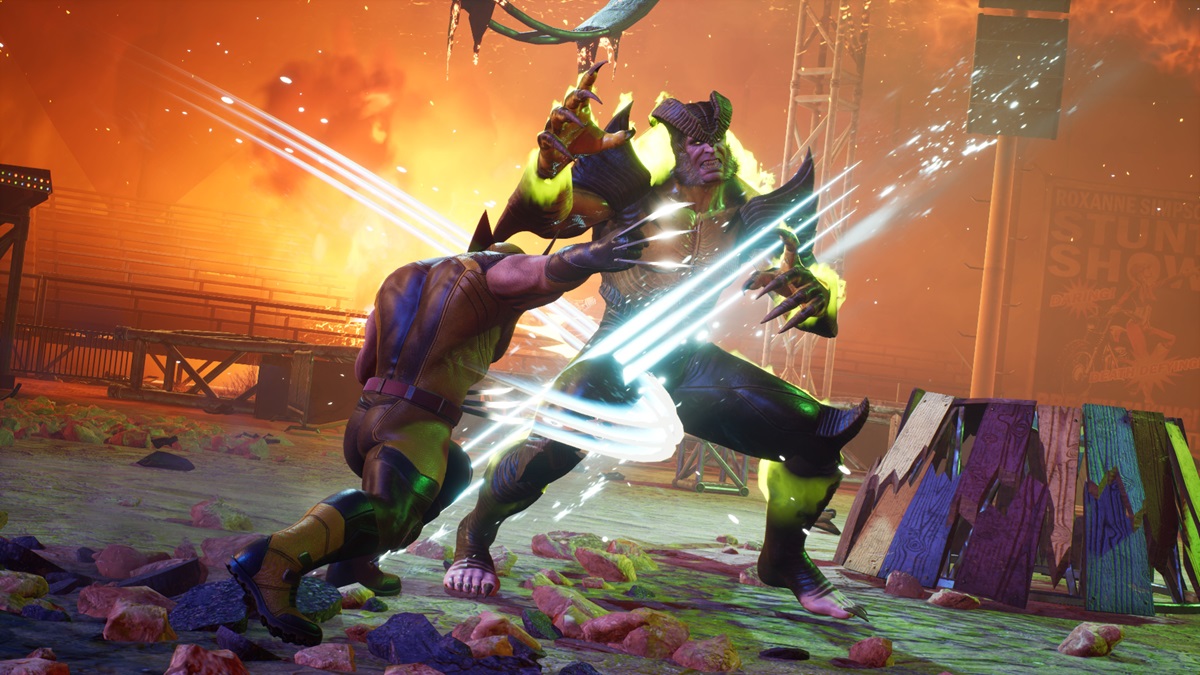 I can go on and on about Marvel’s Midnight Suns, to the point that I’d sound like Mr. “But Wait, There’s More” in an infomercial. Thing is, that has been my experience while playing. I expected the usual strategy and tactics offerings, only for said expectations to be greatly exceeded as I discovered new locations, unlocked extra options, and created ridiculous team setups. It’s like the Elden Ring of turn-based tactics games, if you catch my drift.

In short, you can expect this type of gameplay loop from Marvel’s Midnight Suns:

It’s a gameplay loop that might seem tedious and repetitive at first glance, and yet it’s thoroughly engaging. I found myself playing past midnight, noticing that the sun has risen many hours later, which really fits the title. Similar to Firaxis’ Civilization franchise, Marvel’s Midnight Suns has that “one more turn/mission” feel to it. I can only hope that this is the start of more expansions and sequels, because I can’t get enough of it. 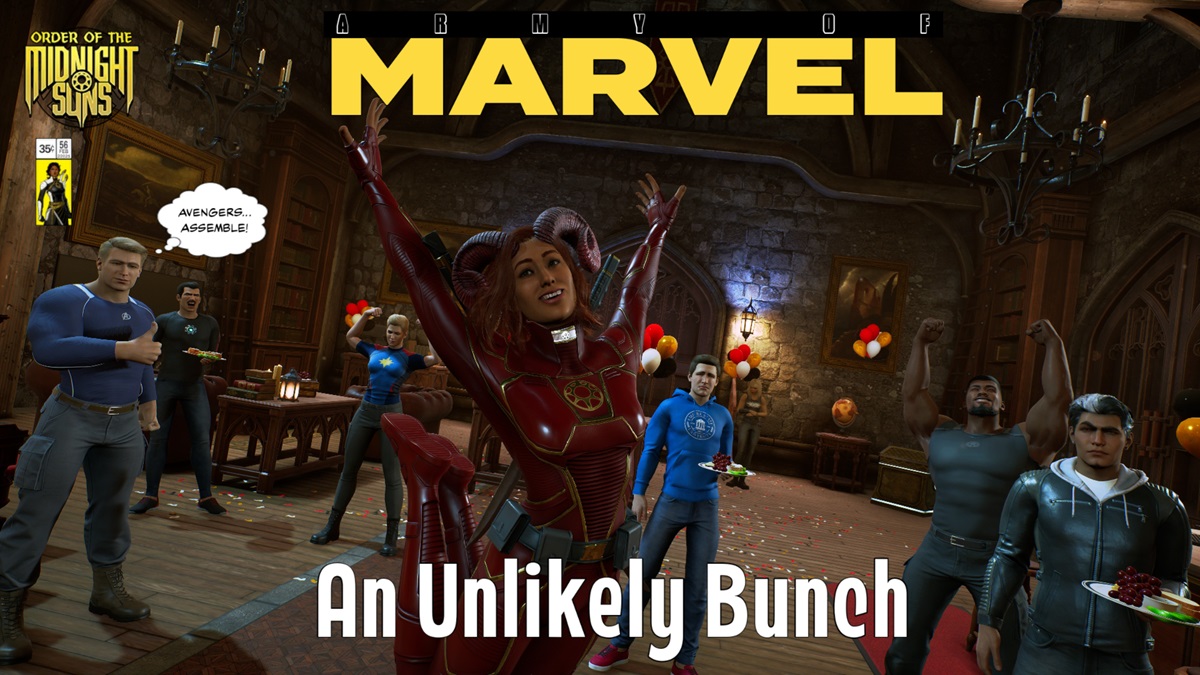 A turn-based strategy/tactics game where you control your favorite heroes and use cards, while battling a demonic threat.
10

Marvel's Midnight Suns offers a surprisingly complete experience, going above and beyond what you're used to in XCOM-esque tactics games. From the dynamic card combat system, robust customization options, and hilarious banter with teammates to the fact that you've got a fully explorable hub with secrets, it's got everything you could ever want and then some.