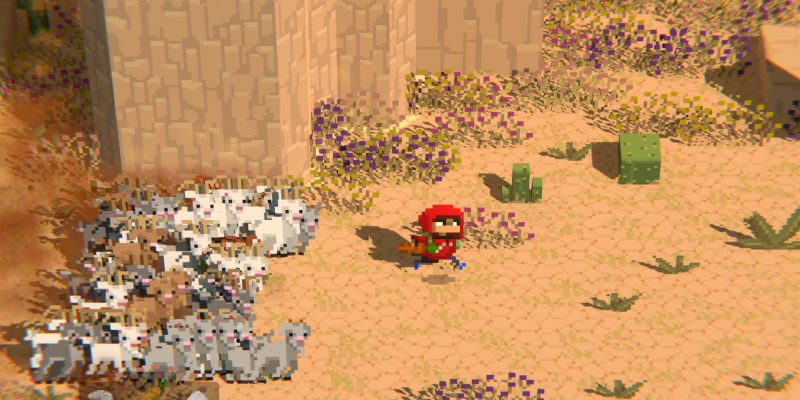 You ever made a mistake that really screwed someone else over? You’re human, so I bet you have, you mite-ridden, walking bag of blood, you. Mayhem in Single Valley, which finally has a release date, is an action-adventure game about a boy that accidentally one-ups the rest of us and ends up calling forth the apocalypse. Oops. The game follows Jack as he tries to cover up his horrible mistake. Yeah, that sounds about right.  Even better, we’ll get to play it this month. I can’t wait to cause the apocalypse.

The game is in development by tinyBuild and set to release on May 20, so the end times are just a couple of weeks away. But that’s not all. Mayhem in Single Valley just got a new playable demo that’ll allow any and all jabronis to play the game’s first chapter for free. It supposedly lasts for about an hour, just like my patience any time another human being attempts to interact with me. With only a couple of weeks to go, there are plenty of great reasons to give the demo a try. Who knows, maybe you’ll win $10,000,000. You definitely won’t, though, so I don’t know why I said that.

Oops, I did it again

Regardless, even if you don’t play it, the apocalypse is coming and there’s nothing you can do about it. Unless you’ve got some kind of anti-apocalypse device. Where’s Adam West’s version of Batman when you need him? Oh, right. He’s dead. Well, I guess we’re screwed.