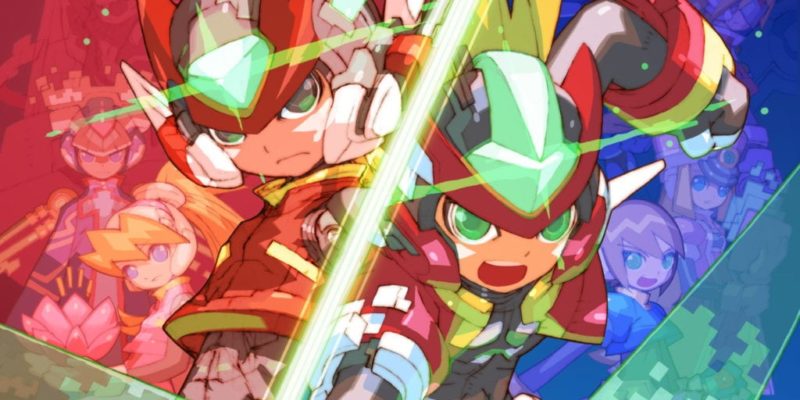 Next to Sonic the Hedgehog, the Mega Man series has seen perhaps the most re-releases in gaming. Multiple collections — featuring the original games and the Mega Man X series — have been dropped onto nearly every console generation, as well as onto PC. However, Capcom rarely gave Mega Man’s friend and rival much love. Zero has starred in quite a few games over the years. But some of his best outings have been sequestered onto Nintendo’s handheld platforms. Luckily for our sword-wielding Maverick Hunter, his day in the spotlight is soon to come. Capcom has revealed the Mega Man Zero/ZX Legacy Collection, a compilation of games released for the Game Boy Advance and DS. The collection heads to PC in January.

The collection will include six games in all, making it a hefty package. It will come with all four Mega Man Zero games, as well as the two Mega Man ZX titles. The Mega Man Zero series began its life on the Game Boy Advance  in 2002. Mega Man ZX and Mega Man ZX Advent launched on the Nintendo DS, with the first game releasing in 2006.

Here is the entire collection in total:

Mega Man Zero/ZX Legacy Collection will include some bonus features outside the games. You can swap from the original sprite art or use an HD-smoothing filter, which, if we’re being honest, makes the game somewhat blurry. I think I’ll stick with the classic art style. The collection will also come with a Casual Scenario mode, which allows you to experience the games with toned-down difficulty. There will also be a Save-Assist feature you can use to create save points during missions. The collection also comes with more than 600 pieces of production art, as well as an arrangement of the games’ music. Finally, you can play a new challenge mode called Z Chaser, but Capcom hasn’t detailed the feature just yet.