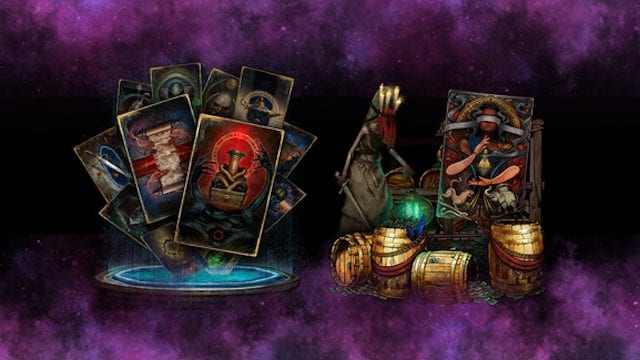 A new expansion has launched for CD Projekt Red’s The Witcher spin-off card game Gwent. The Merchants of Ofir expansion should be more than enough content within it to keep gamers busy for the holidays. CD Projekt Red has announced that this expansion, which introduces over 70 cards based around the mysterious land of Ofir, is now available for download. Those of you that played The Witcher 3’s Hearts of Stone should have a good idea of what to expect from Ofir.

Who’s ready to play some Gwent?

Along with the new cards, Merchants of Ofir will also introduce various additions to the game. These include Neutral and faction-specific cards for use, along with additional Stratagems cards. These can actually assist with determining what kind of bonus players will get when they go first in a match.

Players will also get the chance to check out Scenarios. These are new to the game, working as an Artifact-style card that is based around a player’s actions. You can choose from Northern Realm’s Siege, Skellige’s Gedyneith, Monster’s Haunt, or several others, which are detailed on the official site.

The expansion is being offered as a free update and should download automatically when players start it up. For a limited time, CD Projekt Red is also offering a bonus. Those that log into the game between now and December 16 will get a free keg. With this, players will get five Merchants of Ofir cards. They can purchase expansion-specific kegs as well, along with cards and ornaments.

More details are available on the official Gwent page. There’s also a trailer above, taking a close look at what players can expect from the expansion. Again, it’s free to update, so it doesn’t hurt to dive in and see what Gwent has in store when it comes to its new content.

The Elder Scrolls: Legends development on hold for ‘foreseeable future’