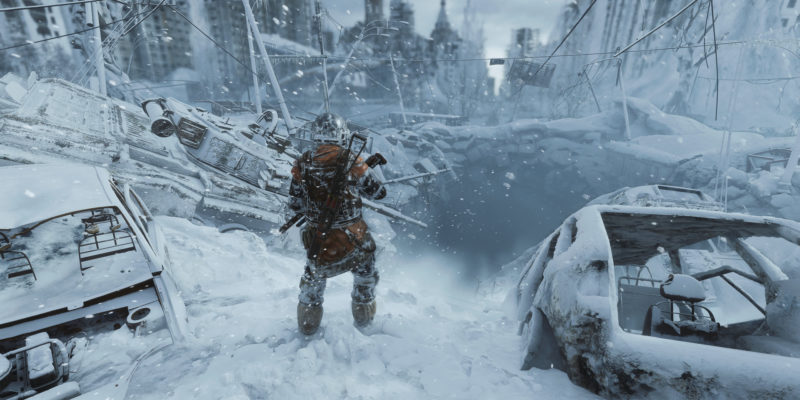 Metro Exodus is no longer using Denuvo Anti-Tamper. Today’s hotfix removed the controversial software from Steam, Epic, and Xbox Game Pass for PC versions. The removal of the DRM coincides with Metro Exodus’ arrival on GOG (just in time for the GOG Summer Sale, too). The removal makes sense, as GOG stands out in the market as a DRM-free option.

Denuvo is controversial, and the third entry in the Metro series is no stranger to controversial decisions. Before the game launched in February 2019, it was suddenly pulled from Steam (although pre-orders were still honored). Concurrently, it was announced that Metro Exodus would be an Epic Games Store exclusive. Gamers were upset about the decision, but Metro Exodus would remain an Epic exclusive for a year.

Deep Silver also drew some flak for the inclusion of Denuvo, which is naturally the case with any game that uses the software. Users cite multiple reasons, ranging from the intrusiveness of the software to its impact on performance. However, Metro Exodus still sold well despite Denuvo and the Epic exclusivity. According to Epic CEO Tim Sweeney, it sold 2.5 times as many copies in its first few weeks on the Epic Games Store as Metro Last Light had on Steam.

The hotfix has also fixed a few gameplay issues in the DLC Sam’s Story. You can check out all the details in the patch notes.

This decision comes shortly after id Software chose to remove Denuvo software (Denuvo Anti-Cheat, in this case) from Doom Eternal, the inclusion of which had drawn ire from gamers. According to executive producer Marty Stratton, id made that choice to appease fans. Deep Silver hasn’t listed any reason for the removal of the DRM, and there is likely no connection. Still, we’ll keep an eye out to see if other studios follow suit.