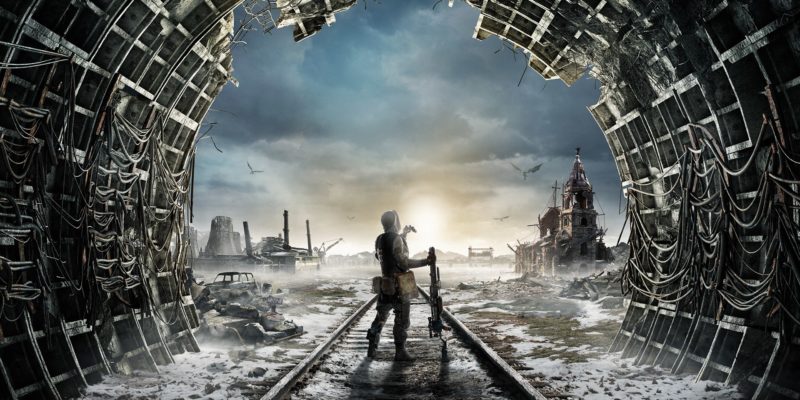 Metro Exodus is releasing on Steam on Saturday, February 15. Coming off a year-long exclusivity deal with the Epic Games Store, developer 4A Games is honoring its promise to release the title on other platforms after February 14. In this case, one day after. As if caught in a stranglehold, the official Twitter page thanked fans for their “passion and patience.”

Journey beyond in the critically acclaimed #MetroExodus – returning to the Steam Store on Saturday 15th February 2020. Release times as follows:

Those of you that have been waiting, thank you for your passion and patience. pic.twitter.com/gouNZkgFUL

The current Steam listing shows the addition of Steam achievements, trading cards, full controller support, and remote play once the game launches. You can also pick up the Metro Exodus expansion pass and last year’s The Two Colonels DLC for $24.99 and $7.99, respectively. The upcoming DLC, Sam’s Story, launches on February 11, though there isn’t a Steam page for it yet.

However, there’s a critical piece of information missing: Steam does not yet list a price for the game. Assuming it falls in line with the Epic Games Store, you can expect to pick up Metro Exodus at $39.99. That said, the console versions of the game are going for $29.99 at most retailers.

Although Metro Exodus has been an Epic Games Store exclusive for the past year, that wasn’t always the intention. Originally available for pre-order on Steam, 4A Games pulled the game once they signed the deal with Epic, leaving those who pre-ordered in the dark. Thankfully, the return to Steam is still honoring all original pre-orders. If you purchased the game when it was first shown on Steam, you’re entitled to a copy – just a year late and a few bucks cheaper than before.

Previously, the only way to play Metro Exodus was on the Epic Games Store or through Microsoft’s Xbox Game Pass for PC. Metro Exodus is one of the first titles to break out of Epic’s exclusivity deals, with titles like Borderlands 3 coming later in the year.

Through the Darkest of Times review – resist to exist