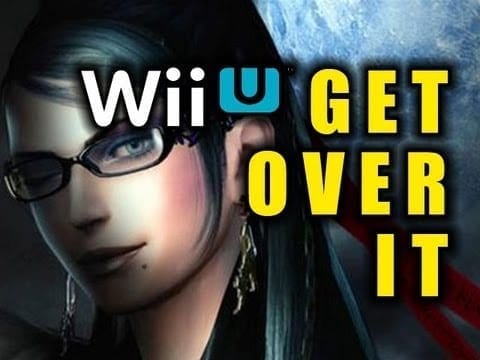 “Personally going to be a good day tomorrow, looking forward to a games announce coming early in the morning, fun part of the job,” tweeted Phil Spencer, corporate VP of Microsoft Games Studio. His tweet didn’t go unnoticed by the gaming media and, within minutes, everyone was speculating what the game announcement could be. NeoGAF, in particular, researched the recent game developers that Spencer’s been following on Twitter to conclude the involvement of Hidden Path Entertainment, Platinum Studios (who were rumored to be working on an Xbox One exclusive), Riot Games, or Ninja Theory. Considering Spencer followed Insomniac Games before the company revealed their Xbox One exclusive, Sunset Overdrive, NeoGAF’s assumptions seemed justified. When the morning came, the announcement wasn’t very thrilling.

“Today we’re excited to announce that Microsoft Studios has acquired the rights to the Gears of War franchise from Epic Games,” Microsoft announced in their press release. Furthermore, in place of former series developer Epic Games, Microsoft announced that Black Tusk Studios would be in charger of creating future Gears of War installments for their consoles. There’s no doubt that Microsoft didn’t have a “good day” when they acquired the gun-toting action series that made its fame on the Xbox 360. If analyst Michael Pachter is correct, the chance to buy the Gears of War franchise — which accumulated $1 billion in revenue — for $100 million or less was a no-brainer for Microsoft. For some Xbox fans and outside onlookers, the news was less than thrilling.

Sure, for series devotees, news of more Gears of War certainly brightened their day. But compared to the crazy speculations that ran rampant the night before, the purchase by Microsoft looked entirely “safe” by most. It didn’t cause any thunderous applause or uproar like Nintendo publishing Bayonetta 2 did. It was just treated like a typical news story and quickly spat out as one. Even I’ll admit that I expected something much grander than Gears of War — I was personally rooting for Xbox ports of previous Kingdom Hearts games — but after stepping back from the news for a bit, I understood why Microsoft did what they did.

It’s easy to take for granted Gears of War’s past exclusivity with Microsoft. The series premiered on the Xbox 360 back in 2006 and, outside of a PC port of the first game, stayed on the 360 for its remaining sequels and spin-off. That’s what Sony did during the PlayStation 2 era with third-party titles like Devil May Cry, Final Fantasy, and Metal Gear Solid being their cream of their crop. Those games weren’t officially PlayStation exclusives, but they were treated as such by the company and its fans. However, when the PS3 took over its successful predecessor, those series and more no longer stayed within the PlayStation family.

Blame it on rising development costs or Sony’s arrogance in creating a hard-to-develop-for console and selling it at an insane initial price of $599, but those signature PS2 series hopped on the 360 and gave consumers less incentive to buy a PS3.  Sony let their guard down and it cost them their unique and exclusive selection of games; that’s the scenario Microsoft wants to avoid with Gears of War.  Before the acquisition, there were rumors of the series leaping to other platforms.

One that stood out was when Mark Rein, Vice President and Co Founder of Epic Games, retweeted Geoff Keighley’s countdown to his PS4 special, hinting he and his company could be revealing something there. Nothing ended up being revealed from Epic, but the rumors continued when Spencer told Kotaku’s Stephen Totilo last November that he couldn’t guarantee Gear of War would stay with Xbox: “It’s Epic’s franchise. You and I both know that. I can’t make any assurances about anybody else’s franchise.”

However, Spencer did hint at a possible negotiation between Epic and Microsoft regarding the series, which finally came to fruition this week. It’s a smart move on Microsoft’s part. Keeping the Gears of War audience on the Xbox One and away from the PS4 is exactly what they should be doing. It’s why they bought exclusive rights to the first Titanfall game — the Xbox One’s potentially massive killer app title — from EA to prevent Sony from getting it later. Even in the case of former Nintendo developer Rare, Microsoft’s $375 million purchase of the company was worthwhile for one simple reason: so Nintendo wouldn’t have Rare games anymore.

Now that Microsoft owns Gears of War, what exactly are they going to do with it? If the Microsoft leaker is correct, Black Tusk Studio will need at least two years to develop the next game, which matched the development time Gears of War 2 took. If you liked the way Microsoft has handled the Halo franchise so far, expect similar things with Gears of War. Spencer believes the series could work as a real-time strategy and other gaming genres, so a Halo Reach title in the Gears universe may be on the way. Considering how poorly Gears of War: Judgement was received commercially, I’d expect the next Gears game to return to its basics in cast and gameplay, similar to Halo 4.

There is uncertainty in trusting the Gears of War series to a new developer like Black Tusk Studio. They weren’t assembled to take over Gears of War like 343 Industries was, but former Epic Games executive producer Rod Fergusson has joined Black Tusk to guide them. The developers working at Black Tusk also have experience working on big-budget games like Deus Ex: Human Revolution, God of War III, Uncharted: Drake’s Fortune, so they’re not exactly newcomers. On top of that, former Gears of War lead designer Cliff Bleszinski has given the new studio behind the series his blessing.

Considering all of this, I believe that the Gears of War series is in good hands. The purchase showed Microsoft is serious about establishing and expanding their Xbox franchises to rid complaints of their consoles being for multiplatform titles only — and, of course, to provide good entertainment to their audience. This only makes Microsoft’s acquisition of the Gear of War franchise  a “good day” for Xbox One owners everywhere.

The Wolf Among Us Episode 2 out tomorrow