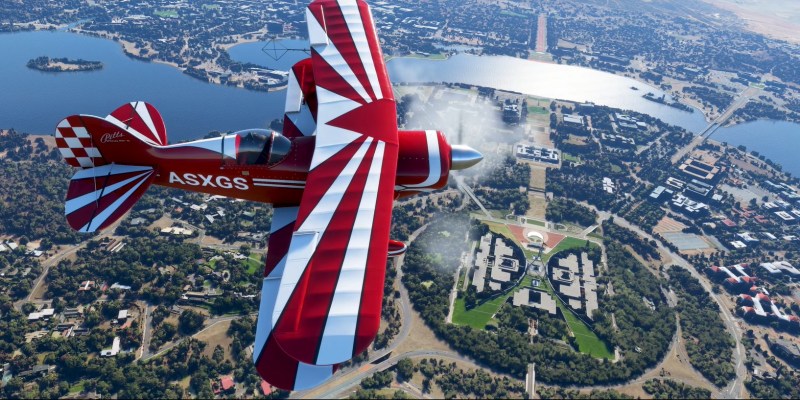 In a surprise announcement, Asobo and Microsoft have announced a new version of Microsoft Flight Simulator — the Game of the Year Edition. Following its 1-year anniversary, the new GOTY edition has been created as a “celebration” of the journey up to this point, according to the development team. This new release of the game will feature a lot of goodies for fans.

First off, it will include five brand-new aircraft, including Asobo’s first official helicopter-like vessel: the VoloCity. Additionally, there will be eight new handcrafted aircrafts in both the United States and Europe, in addition to the inclusion of over 500 missing airports in the United States. Speaking of scenery enhancements, new photogrammetry cities will be added in across Europe. New missions are also being added in the form of six new Discovery Flights scattered across the globe, and new tutorials that cover two types of flying: bush flying and IFR. A highly-requested feature is also coming: DirectX 12 support.

This is being described as an “early access” edition, so more improvements are expected to follow in 2022. Additionally, Microsoft Flight Simulator will also benefit from an updated weather system and, finally, a built-in replay system (albeit via the dev mode).

With all of these new perks in tow, there leaves one question: “What’s it gonna cost me?” Thankfully, all of this content for Microsoft Flight Simulator is going to be completely free for existing customers across Steam, the Microsoft Store, and Game Pass. It is being released as one big update on November 18. Newcomers, however, will have the same purchase options as before: Standard, Premium, or Premium Deluxe editions. The GOTY content will be included.

November will also see the release of Microsoft Flight Simulator‘s first paid expansion: the Reno Air Races. That will include 40 new race aircraft and a fully online air racing experience. Additionally, Sim Update VII will also be coming around the same time as the last major update for the sim in 2021.