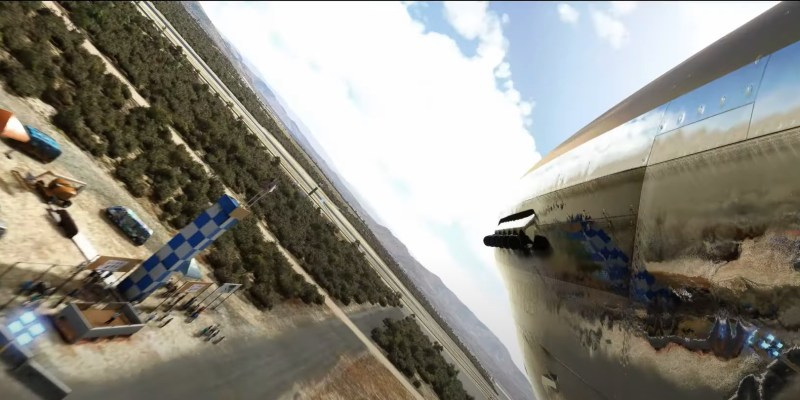 Each category of aircraft will come with special liveries that are full recreations of actual race planes. Thus, fans of the actual Reno Air Races will be able to enjoy seeing their favorite racers represented in full HD 3D. In all, there are 40 different aircraft spread out across the four aforementioned types.

The Reno Air Races collection will serve as the first full expansion for Microsoft Flight Simulator. Additionally, it will also be the first paid expansion for the sim, coming in at a full-fat, $60 USD asking price to access to all of the aircraft and the “full online racing experience.” If that’s causing you a bit of sticker-shock, Microsoft is also willing to cut more casual simmers some slack. For those that are poking through out of pure curiosity, there will be a starter pack-like option that comes in at just $20 USD. This mini expansion includes one race aircraft of each of the four types and retains access to the online functionality.

Microsoft Flight Simulator will hit the deserts of Reno for the new racing experience in just a few weeks. The virtual races will commence on November 18th.

Meanwhile, Asobo just rolled out Sim Update VI, which brings with it a slew of changes and improvements to the core sim. The next major update should coincide with the release of the Reno Air Races expansion, as that is due to come out in “mid-November,” which should put it in the same week as the expansion. Chances are that update will include all of the new functionality that these race planes will be making use of.