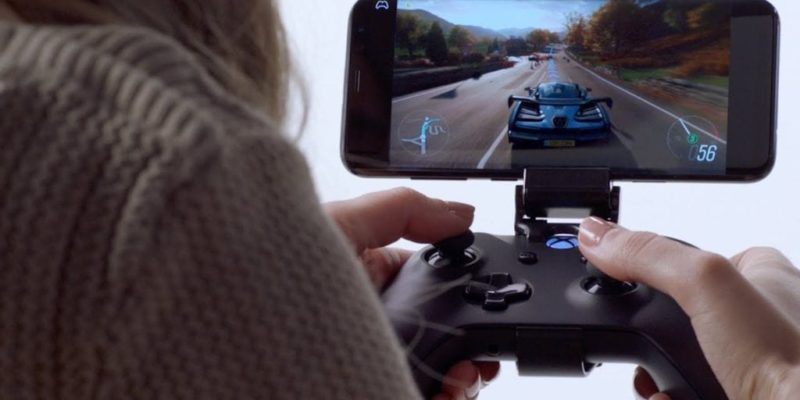 The last time we heard about Microsoft’s cloud streaming service, it was back in E3 2018. Microsoft piqued everyone’s interest and imagination by announcing “console-quality game streaming on any device.” Today, they’ve finally decided to unveil the fruits of their labor — Project xCloud. The game streaming service will allow users to play Xbox One games on any device, be it a PC or a smartphone. Check out the video below:

Microsoft aims to bring together the community by allowing gamers to play their favorite games without being restricted by a specific system (barring Sony or Nintendo exclusives, of course). If a game’s on Xbox One, you can bet that it will eventually be part of Project xCloud’s streaming service. The video itself even hints at Red Dead Redemption becoming playable on PCs and mobile devices. As we can also see in the video, they’re able to test games like Forza and Halo on tablets and smartphones.

Microsoft’s Project xCloud is currently at its initial stages. The team is building the infrastructure and network to handle the endeavor. With its Azure cloud computing service, Microsoft has a unique technological advantage. They’re also planning on 5G support once the next generation of mobile connectivity becomes the norm.

There’s still a lot more info to digest: How would the graphics fare? What about the controls? How much would the service cost? We’ll find out the answers to these questions and many others later on. That’s because Project xCloud will be available for public testing in 2019. As usual, PC Invasion will keep you updated with more developments.

By Mike Straw1 min ago
Hardware