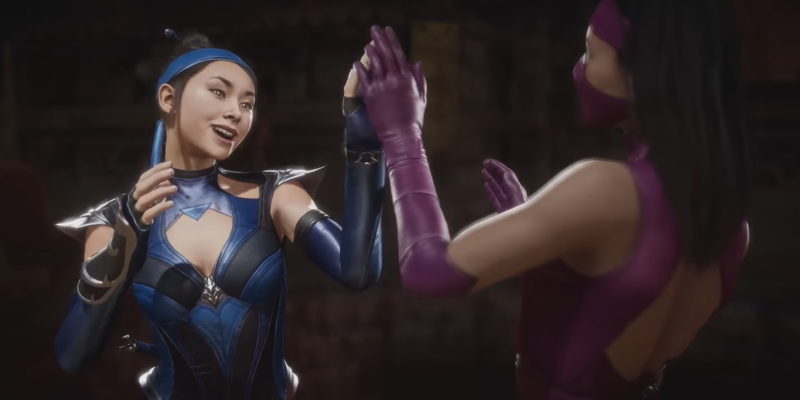 Oh, NetherRealm Studios, you absolute tease. The developer dropped a Friendships trailer for Mortal Kombat 11: Aftermath today, and some fans may (or may not) be happy with it. Aftermath will bring not only a new story campaign for the game, but new stages and the return of Friendships — finishing moves that are far kinder than usual Fatalities. The trailer gives us a glimpse of some pinata-whacking, ice-cream making animations. But a khameo from the oft-desired Mileena will likely stand out for many still demanding the return of the sai-wielding ninja.

It’s not going to happen — at least, not yet anyway. Aftermath does introduce a few new fighters to the roster, but Mileena is still sitting out. Alright, yes, she does make an appearance, playing patty cake with her sister Kitana. But as many Mortal Kombat players are aware, just because a character has an in-game model, that doesn’t mean they’re “in in.” Fujin, Sheeva, and RoboCop are the new faces in the growing crowd, and had their own highlight trailer last week.

Today’s Friendships trailer is less gore and more good times, with disco-dancing Liu Kang and sexy sax man Jax. The friendly finishers play along to the Smash Mouth cover of “Why Can’t We Be Friends,” and that’s just perfect.

There are new and familiar Friendships coming to Mortal Kombat 11: Aftermath. Liu Kang clearly learned some moves for his disco dance, and Raiden sees the return of Kid Thunder in a reference to the Light Balance show from last year. Jax on sax steals the show in my mind, but The Joker getting thwacked by a random baterang before pulling the trigger is also great. I’m not sure what to think of Skarlet’s blood painting. That’s still a tad kreepy.

Mortal Kombat 11: Aftermath will be available on May 26. The Friendships, new stages, and fatalities will be free, however.

Call of Duty: Warzone — Which launcher is best for blowing stuff up?