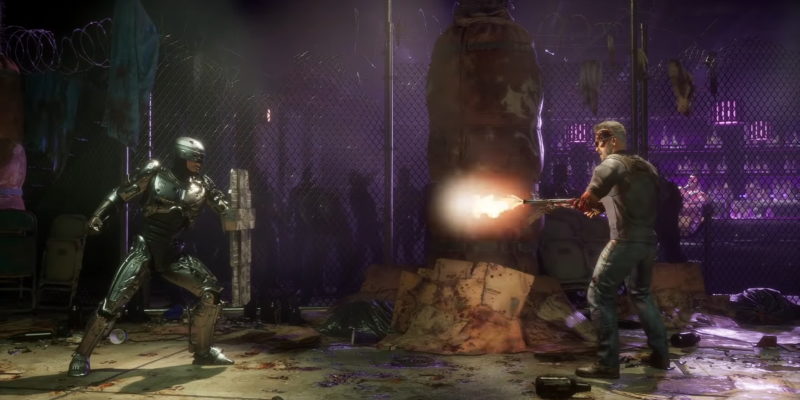 I may have mentioned once or twice that I’m a rather old gamer — I think I’m actually at five articles by now, including this one. But I do remember RoboCop Versus The Terminator from the early ’90s. I played the game, excited for the opportunity to witness two robotic titans of cinema brawling it out. However, that game sucked, and it didn’t exactly offer the kind of sci-fi slam I sought. Mortal Kombat 11: Aftermath might finally reward my desires, some 26 years on. The trailer that came out today, featuring some clips of a RoboCop and Terminator bout, certainly seems promising. Well, kinda.

Naturally, there’s more in the trailer than just a fight between the tin cans. When Mortal Kombat 11: Aftermath was announced, RoboCop was merely one of three new characters coming along with the story campaign DLC (Terminator was a part of the Kombat Pack). He’s joined by both Sheeva and Fujin, two characters that haven’t been a part of the series in a short while. More so for Fujin, who got his start in Mortal Kombat 4. Each get their chance to show off their stuff, with Fujin going Last Airbender and Sheeva stomping on people.

The trailer also shows off some other new additions. Other than the fatalities for the three characters, the trailer includes some stage fatalities.

Of course, NetherRealm couldn’t resist a klash between klassic movie machines. Both RoboCop and Terminator duke it out as cleanly as two action figures getting smacked together would. And I do feel it’s quite apt, as both characters are powerful but slow in Mortal Kombat 11: Aftermath.

To further the action figure analogy, NetherRealm is certainly taking some liberties with RoboCop, as a child would in a made-up fight between toys based on the two characters. “Terminator fires his gun –ratatat!” “Well, it didn’t work because RoboCop put up a shield and fired rockets!” “Nuh-uh, RoboCop doesn’t have rockets!” He does now, kiddo (there was a RoboCop action figure with a rocket launcher, though). Aside from his standard pistol, he also uses a shield, sniper rifle, flamethrower, and an EMP grenade launcher. And, of course, that stabby things for when he wants to access data and/or sternums. 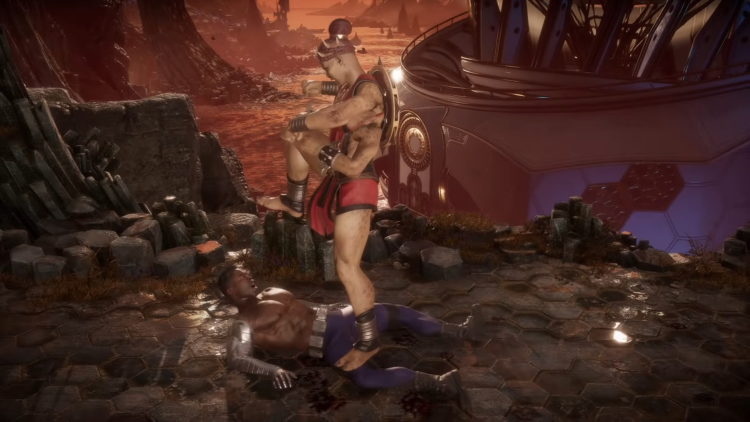 Mortal Kombat 11: Aftermath will be available to download on May 26. It’s going for an absurd $39.99 USD if you own the game ($59.99 if you don’t). However, the stages, stage fatalities, and friendships will be free.