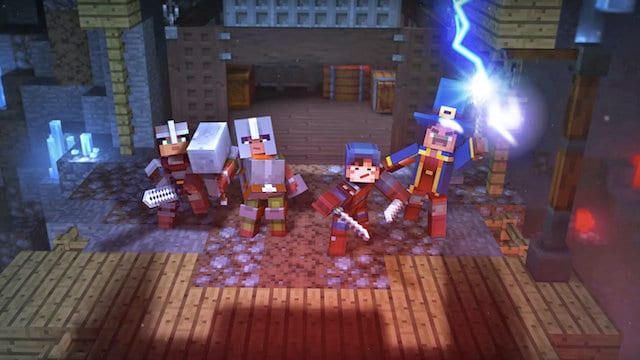 Ever since its initial announcement, Minecraft Dungeons has left many fans intrigued. It promises a new twist on the traditional Minecraft gameplay as we know it, but still keeps familiar elements. And in the latest episode of Minecraft Dungeons Diaries, the developer revealed an interesting little tidbit.

Minecraft Dungeons was originally for 3DS?

Jens Bergensten, who serves as Chief Creative Officer for Mojang, explained an interesting fact about the game. When it began development, it was originally for the Nintendo 3DS.

“It all started when we were trying to figure out a cool Minecraft-style game for the Nintendo 3DS,” Jens explained. At the time, the 3DS was a hot commodity, and that system’s version of Minecraft was doing well. But, eventually, Jens noted, the team moved on to something greater. “We toyed with a bunch of different ideas, but finally making a dungeon crawler was something that really struck a chord with us.”

That said, the game isn’t even in the planning stages for 3DS anymore. Mojang has now moved on to the Switch, as well as the PC, PlayStation 4, and Xbox One.

Minecraft Dungeons’ latest video runs about five minutes. It features a few snippets of new gameplay, along with team members discussing its progress. The game looks like it’s coming along pretty nicely thus far, and it should be fun for both Minecraft fans and casual players alike.

However, keep in mind that it doesn’t actually include any building. Dungeons is all about the questing side of things, with randomly generated dungeons and monsters to battle. It also includes both single-player and multiplayer options, in case you want to quest with friends. And who doesn’t?

Check out the new diary below, and prepare for Minecraft Dungeons when it arrives for consoles and Windows PC during Q2 2020. We’ll let you know when a more specific release date is available.