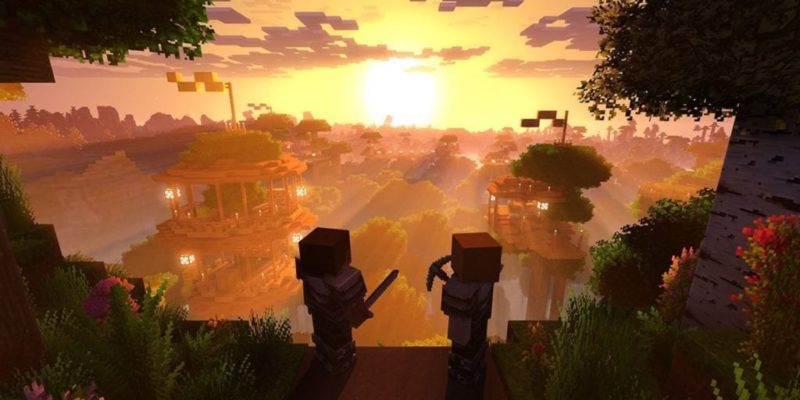 During Microsoft’s E3 2017 conference, a 4K update to the popular game Minecraft was announced. Developer Mojang promised to not only increase the rendering resolution on Xbox One X but overhaul the entire look and feel of the game with the “Super Duper Graphics Pack.” It was quite the ambitious promise, shifting the style of the game away from its chunky Quake-like look and into something completely different. Sadly, it was just too ambitious of a project for Mojang to continue.

In a blog post on the official Minecraft website, the developer wrote that “the pack proved too technically demanding to implement as planned.” Citing concerns with performance on the wide range of platforms that Minecraft is available on, Mojang stated, “We’re stopping development on the pack, and looking into other ways for you to experience Minecraft with a new look.” That doesn’t rule out that something similar to the Super Duper Graphics Pack won’t be started, but that specific update is dead and buried.

While the news is disappointing, it likely stems from the “Better Together” update being the main focus of Minecraft’s development. Wishing to keep each console version playing nicely together, Mojang probably didn’t want to roll out a graphical overhaul on Xbox One that would then break compatibility with players on Nintendo Switch. It also probably couldn’t get those high-res textures running on the various mobile editions of the game, which is playable on a wide range of handsets. I love the initiative to not break up the community, but it would have been nice to include an opt-in option much like the older version that is available alongside the Better Together release.

At any rate, Minecraft will have to remain a chunky and pixelated paradise for all players. That isn’t so bad, especially with how charming and distinct Minecraft is.