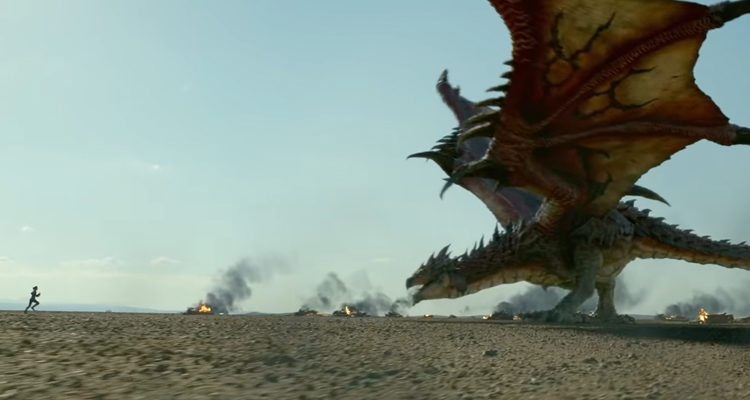 More and more video game franchises seem to be crossing the divide into film and live-action territory this year thanks to the successes of The Witcher Netflix series — and perhaps the Sonic the Hedgehog film. Historically speaking, film adaptations have not done well due to poor direction, limited budgets, bad acting, and the limitations of CGI. Larger studios and investors are beginning to show more interest, though. That appears to be the case with the upcoming Monster Hunter movie, but the previous trailer fumbled the delivery to say the least.

The latest batch of trailers were developed for Chinese and Japanese audiences, but they are notably better at showing what the story is about in addition to some better fan service and CGI. That’s not to say that it’s looking vastly better, but at least Monster Hunter might peak your interest now.

The movie also has a few notable actors that might draw in some more interest. Milla Jovovich stars in the film, and most should remember her from the Resident Evil movies. In addition to her is Ron Perlman, who is a bit of a badass legend. He boasts a long list of appearances, but you might recognize him from Hellboy. There’s also rapper and actor T.I., but his involvement in the film seems limited.

Does it hit you in the feels?

As for the trailers themselves, it’s really up to you to decide. Hardcore Monster Hunter fans will certainly appreciate the nods to franchise’s fantasy elements, as long as they are willing to look past the strange setup for the story. It seems completely unnecessary to throw modern soldiers into a fantasy universe to fight monsters in melee combat. The film may be able to move past that quickly enough and just get to the action. Seeing as the Monster Hunter movie is scheduled for a late March 2021 release, we’re sure to see at least one more trailer before then. Ideally, several.