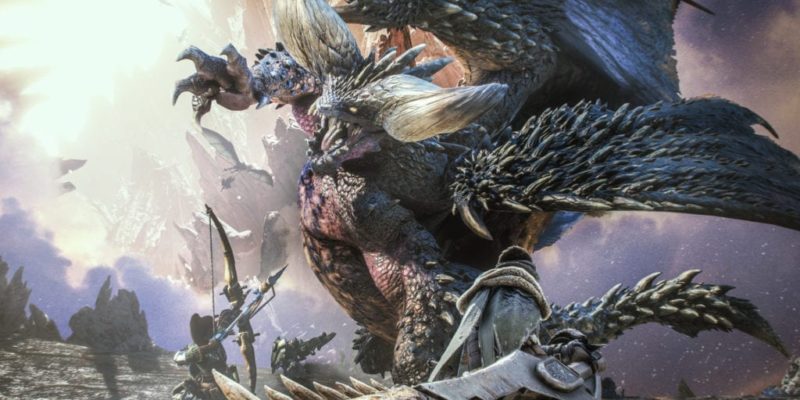 Monster Hunter: World has been an immense success story for Capcom. The previously niche series reached an entirely new audience when World released in 2018, and it continues to grow each day. Adding onto its news of sales figures, Capcom has revealed that the latest installment of its hunting game has hit 13 million combined sales. This makes it far and away the best-selling title in the company’s history. To celebrate the occasion, the company is offering players of the game a special login bonus.

Anyone that plays Monster Hunter: World between July 25 and August 29 will be able to redeem the login bonus on their accounts. Included will be 3x Heavy Armor Spheres, 3x Golden Wyvern Prints, 13x Silver Eggs, 13x Appreciation Tickets, and a Mighty Attack Jewel. That should give prospective hunters a good bit of crafting materials to help build higher-level armor. It’s also another reason to boot up World, which is so flush with content that you could play it every day and still discover things.

I’ve recently been bitten by the Monster Hunter bug and I’ve been greatly enjoying my time with it. While the PC port could be a bit better, it still manages to run smoother than its console counterparts. It sucks that special events aren’t always available, but at least proper 4K support is included. That truly brings out the lush details that Capcom has peppered this game with. It’s a sight to behold in genuine ultra-HD.

The upcoming expansion Iceborne won’t be hitting PC until winter 2019, which is a bit of a bummer. Still, Monster Hunter: World has consistently been a top seller on Steam and has a large fanbase on the platform. Finding partners is easy and with the numbers still growing, it will only get easier as time goes on. It’s never been a better time to jump into Monster Hunter.

Night Call review: A wild ride you should only take once

What we learned from the Google Stadia AMA