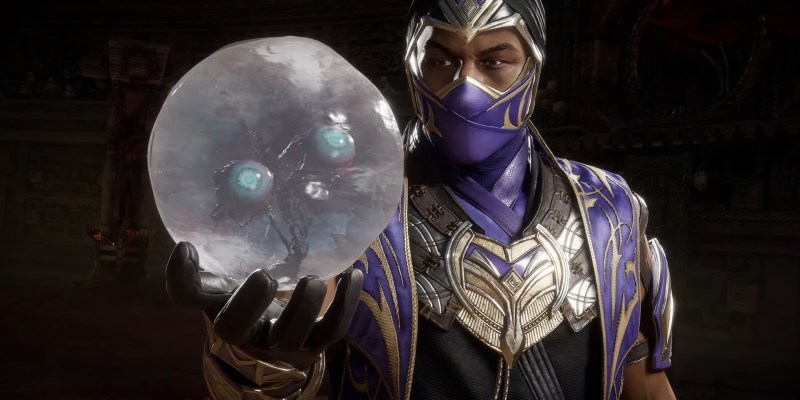 Rain has been a highly-requested character for Mortal Kombat 11. Starting on November 17, the purple ninja inspired by a Prince song will join the massive roster alongside Rambo and Mileena in Kombat Pack 2. Earlier today, developer NetherRealm Studios released his gameplay trailer. He plays how you’d expect if you’ve danced in his drapes before. He uses the power of water and lighting to pummel and zap his foes. And like so many other kontestants, he has a weird fixation on eyeballs.

If you mind the pun, Rain looks like a slippery guy to tackle in Mortal Kombat 11. He’s quick and flashy, zipping from end to end while tossing Kotal Kahn around like a 6’9″ ragdoll. Rain appears to have a move or two that can cause his opponent to fly past the end of the screen and reappear on the other side, setting up a nice juggle combo.

Rain is also a lot more mobile than his fellow ninjas, using his powers to cross distances with ease. He uses a small wave of water to glide along the floor, that is, when he isn’t sending it to crash into shins. One move I particularly like is an air-to-ground attack in which Rain rides a bolt of purple lightning, allowing him to slash into his opponent.

meant to cause you any pain

The trailer also showcases some of his stylish outfits. And man, Rain sure has style and class while gutting foes. I especially love that classic ninja outfit shown in the trailer around the 30-second mark. Your boy is showing off, Rain fans.

Like other gameplay trailers, we get to see his fatal blow and a fatality. Rain’s fatal blow is… surprisingly boring compared to how showy he is while fighting. It certainly looks painful, but pales compared to that of some of his fellows. Thankfully, his fatality is much more in line with the rest of the game. Using a spinning disc of water, he shreds the flesh right off Kotal, removing the eyes before catching them in a sphere of water. Seriously, what’s with Mortal Kombat 11 characters and eyeballs?

Rain will join the Mortal Kombat 11 roster on November 17 as part of Kombat Pack 2.

Raji: An Ancient Epic arrives on Steam today, and it’s a tale about Indian mythology