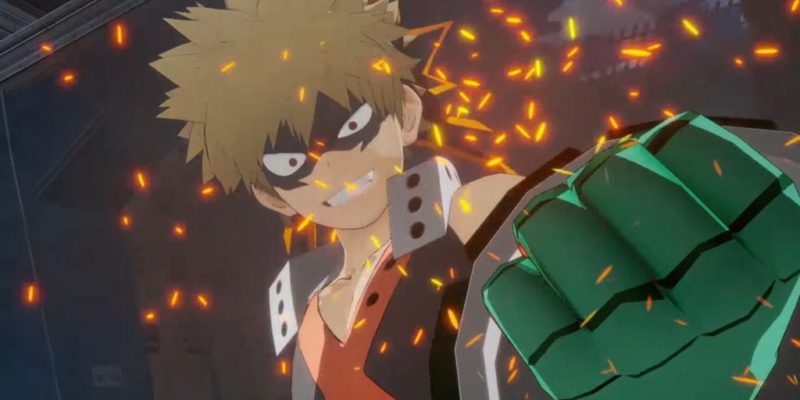 Bandai Namco dropped the gameplay trailer for My Hero One’s Justice 2 today. The upcoming fighting game based on the explosively popular My Hero Academia anime series follows the 2018 original. Except this time we’ll likely get more punching, more crazy powers, and way more PLUS ULTRA than you can possibly stand.

The story of My Hero One’s Justice 2 takes place after the first game. From the gameplay trailer, I assume the narrative of the game begins around the Provisional Hero License Exam Arc. We see the casual-clothes brawl between protagonist Izuku Midoriya and his rival Katsuki Bakugo. There’s also a brief glimpse of the young hero Mirio Togata, aka Lemillion. Tokata pokes his face out of asphalt in a not-at-all creepy fashion before slapping around poor Midoriya.

Those events, of course, occur in the gameplay trailer, but those characters aren’t all you see. The My Hero One’s Justice 2 trailer shows off quite a few students from Class 1-A, including Mina Ashido, Tenya Iida, and Kyoka Jiro. And since this is a game based on a super hero anime, most of them show off their own version of the “hero landing.” The trailer also introduces some of the anime’s antagonists and professional heroes. Endeavor, the biggest jerk on the planet, ignites a real flame war, while Dabi shows up to represent the League of Villains.

My Hero One’s Justice 2‘s gameplay follows on the heels of its predecessor, but brings a little more to the table. According to Gematsu, the game will bring significant changes to the Quirk abilities — the character’s “super powers.” Namco promises the game will be “bigger” and “badder” than the original. Naturally, we’ll have to wait and see if it can surpass the first game. However, surpassing the limits is expected, given the theme of the series. And that might be the nerdiest thing I write for a while. But who know? The day is still young.

Cyber Hook preview – We were swingin’