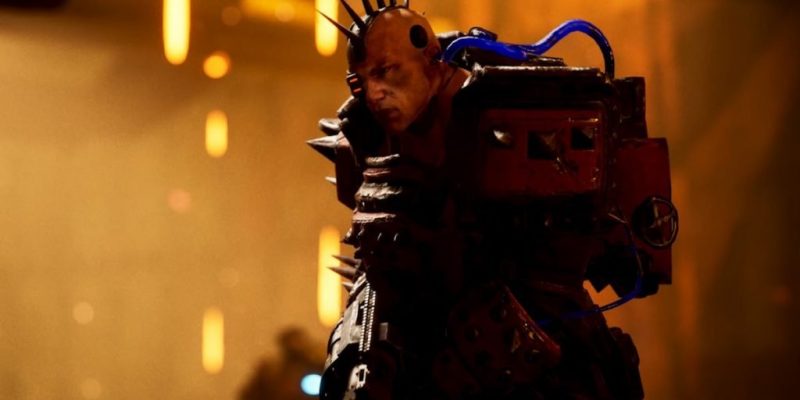 Necromunda: Hired Gun throws you in a world of crime and corruption, where only the strongest can survive. The game’s new gameplay overview trailer showcases violent fast-paced FPS gameplay, the unique arsenal of weapons at your disposal, and a hired gun’s everyday life in Necromunda. Developed by Streum On Studio, Hired Gun takes you to Warhammer 40,000’s hive city. An area known for its violent gangs and dangerous environment.

In Necromunda: Hired Gun, bounty hunters frequent a hub called Martyr’s End to start contracts and earn a living. Just pick a contract that’s worth your time and start hunting down your target. Home to gangs, cultists, and factions, Necromunda is a violent and dark world not fit for the weak. Luckily, it is also the perfect location for a hired gun like yourself to make a profit. There’s nothing easy in this brutal world, however, and even the best bounty hunters have met their end while fighting and seeking out targets. The trailer also showcased wall-running abilities that allow you to chase down targets across ancient strongholds, chem labs, and rotting agri-farms.

Guns and a pet killer dog

You probably won’t make it far without a wide assortment of weapons in Necromunda: Hired Gun. You can equip anything from rocket launchers to power knives with devastating abilities to help level the playing field. The intense conflict between factions also gives you plenty of opportunities to earn loot and rewards allowing further upgrades to your weapons.  If all else fails, there’s nothing you can count on more than a man’s best friend. The trailer gives us another look at the pet cyber mastiff as he helps tear unsuspecting enemies to shreds. As your loyal sidekick, you can equip it with upgradable and customizable augments making it a force to be reckoned with.

Necromunda: Hired Gun will release on June 1 for PC on both Steam and Epic Games Store.