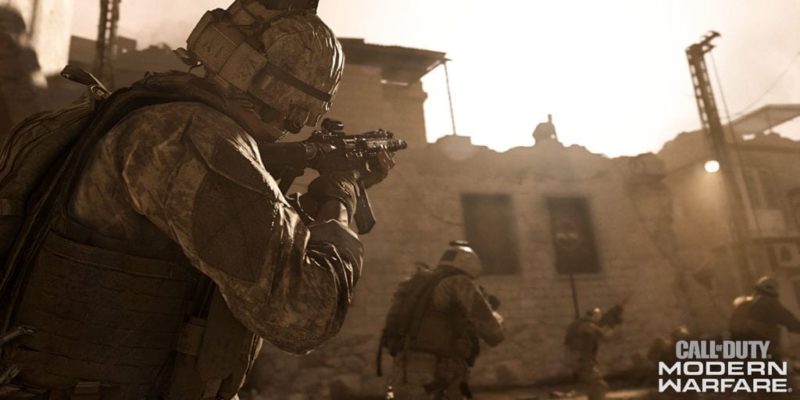 The reimagined Call of Duty: Modern Warfare is coming. The developers have already talked about the enhancements to gameplay. Now they’re going technical, claiming that the engine will push five times more polygons per frame when compared to older titles.

Previously, we couldn’t push as many triangles or as much geometry. The new system allows us to push roughly five times more geometry per frame than we used to on consoles. Previous Call of Duty games were pushing around three million polygons per frame, [up to around] five million. Recently, we raised the artificial limit we had imposed on our game engine; to 16-17 million polygons per frame. We’ve had it up to silly levels; 24 million triangles per frame, and this is all to ensure we get all the data we have grabbed and match it in the game.

That’s not the only thing accomplished by the Polish studio established to develop the Modern Warfare engine. For one, they worked on better compression techniques: The studio collected terabytes of photogrammetry (“the extraction of three-dimensional measurements from two-dimensional data”) data and labored to compress it enough to run well on whatever RAM consoles have available. 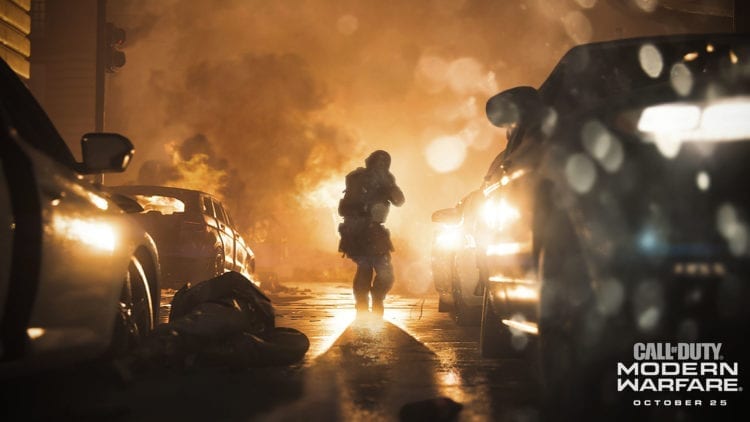 At one point, lasers got involved:

The art department has hundreds of cameras that capture everything. We throw our lasers at the object and figure out from those lasers the actual reflection of the surfaces; how they reflect. It’s not only about capturing the pixels that you’re seeing, but how they reflect and react to light. We put a lot of effort into this.

Since this is Modern Warfare that we’re talking about, the work included recreating a lot of gun detail — like the sheen of oil after cleaning or ceramic and powder coating effects — that will probably go unnoticed by most of the public.

Drobot’s team also did a whole load of work with motion capture, using it to map the more subtle parts of facial expressions. Eventually, they got to use a piece of CGI technology called “LMB caching” to ensure that Modern Warfare runs at steady 60 FPS at all times: It helps make the characters less detailed the further they are from the POV.

The studio also went insane and made the game render not only the light perceived by the human eye but also infrared and thermal. Why? For more realistic play when it comes to night vision devices and thermal optics:

In Townhouse, you can shoot out the lights, and switch on NVG. But if you look at the same rooms with natural lights, the room still looks real. That’s because we have reflection filters on the lights under any conditions that you as a gamer would create, [like] thermal and NVG. They can be used for real. It’s not a gimmick. It’s part of real gameplay. 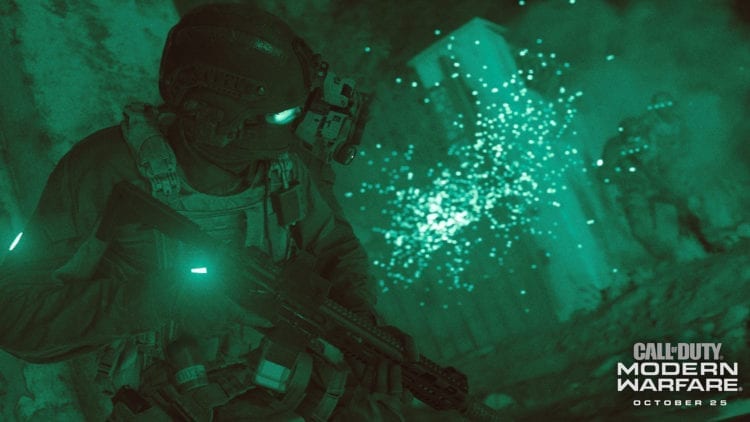 Infinity Ward Poland also had some fun work with making the imaging tech look realistically bad in the game. So while the gameplay of Modern Warfare will never be realistic in terms of shooting and whatnot, at least you’ll get the authentic feeling of trying to perceive the world via peak 1980s NVG tech or watching the blurry images transmitted by a real drone:

We spent extra time creating a low-quality compressed look with artifacts and compression on the blue and red, with artifact squares forming, we call this the ‘Shittify’ filter; it’s interesting because it’s actually harder to make something look bad on purpose, compared to the other way round. We spent far less time making depth-of-field filters look good, compared to figuring out how to reverse-engineer data compression to make it look as shitty as the real thing.

All in all, it’s a fascinating read into what goes behind the scenes in the development of the technical part of Call of Duty: Modern Warfare. It’s also a reminder of much is dictated by the need to release every game on consoles. Then again, maybe it’s good that it makes the developers be frugal with the resources of our PCs. Too bad about the effects on the level design!

Call of Duty: Modern Warfare will be out in October.

By Greg Bargas56 mins ago
News